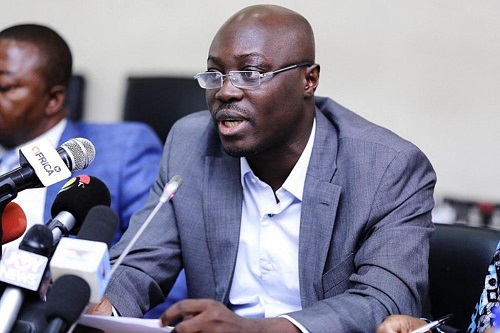 Minority is blaming the reduction in benchmark values at the port as a major contributory factor to the shortfall in the government’s revenue.

Ranking Member of the Finance Committee of Parliament, Cassiel Ato Forson explains that the policy has not yielded the needed revenue six months into its implementation.

The Vice President Dr. Mahamudu Bawumia in April this year announced a fifty percent reduction in the benchmark values which is an estimated valuation of all imports using their prevailing selling price. The move targeted revenue generation as it was to boost the importation of some goods.

But Mr. Ato Forson told Citi FM an interview after a meeting with some officials from the IMF as part of the Article IV Consultations said the objective is yet to be realized.

“My concern is that this particular reduction in benchmark values was actually done some few days after the IMF program, in fact at that meeting our Vice President said to us that this is going to be revenue-neutral because volumes are going to go up.

Today, after a few months the IMF has come back to tell us that it is very different. So, my argument is what system of analysis are we doing at the vice president’s office to give us one indication saying that it’s going to be revenue-neutral is not going to affect revenue and today it is affecting the revenue about 3million Ghana cedis.”

But in a response, the Chairman of Parliament’s Finance Committee, Dr. Mark Assibey Yeboah insisted that the reduction in benchmark values has impacted revenue details of which will be outlined by the Minister of Finance when he presents the budget for 2020 to Parliament, next month.

“Let’s not split hairs over the actual revenue arising as a result of the rising of the reduction of benchmark revenues because in truth the reduction would have led to an increase in import,” he added.

READ ALSO : 90% of imports are not part of benchmark value – AGI

The government has faced poor domestic revenue performance in the last three years leading to a number of measures including a change of guard at the Ghana Revenue Authority (GRA) as well as measures like the reduction in benchmark values to boost import volumes.