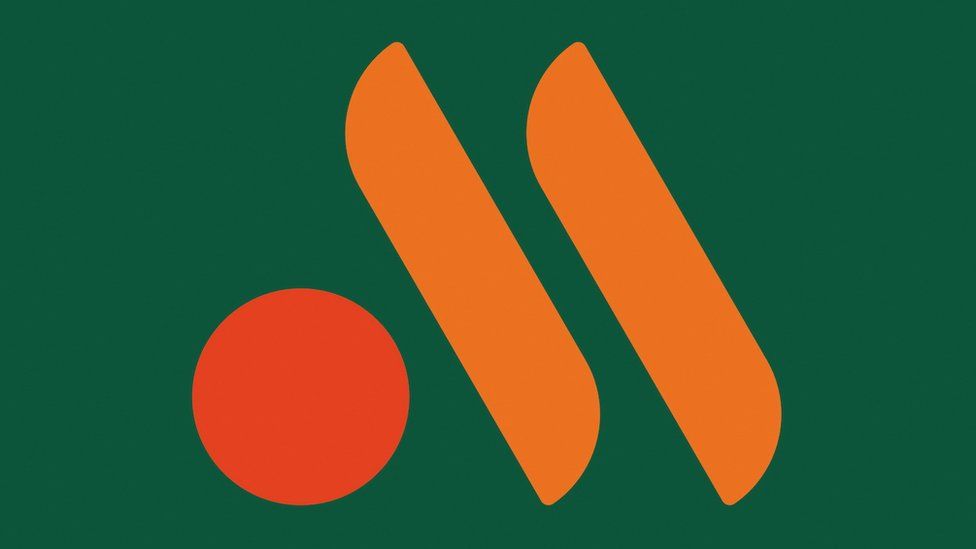 The Russian fast-food chain that was formerly McDonald's in the country has revealed its new logo as it prepares to reopen its restaurants from Sunday.

The new branding features a circle and two lines, which are said to represent a burger and two French fries.

The company has not yet revealed the name of the chain, although a number of options have reportedly been considered.

In May, McDonald's said it would pull out of Russia over the Ukraine war.

It comes as the Russian chain is scheduled to reopen 15 restaurants this weekend, according to Russian state-owned news agency TASS, which cited Sistema PBO, the firm that manages the business previously owned by McDonald's. 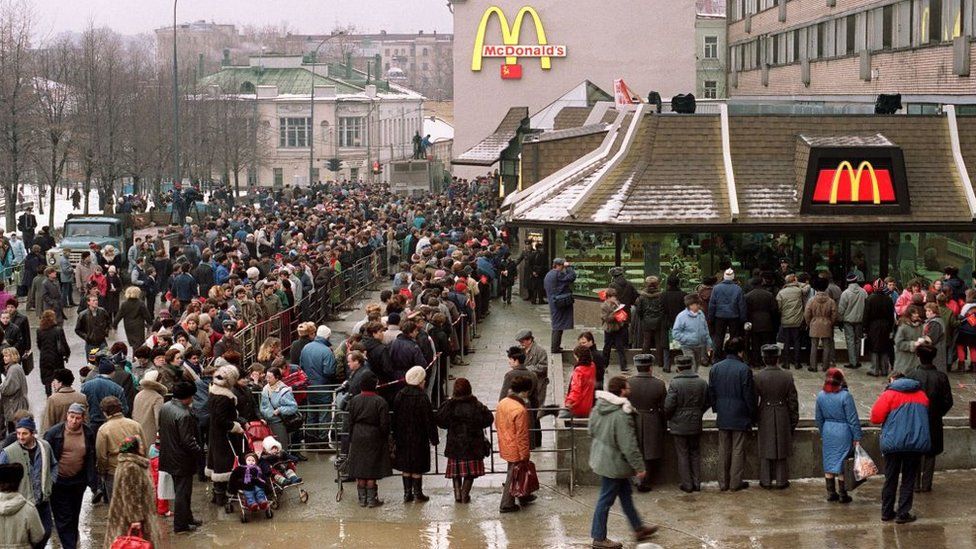 "The green background of the logo symbolises the quality of products and service that our guests are accustomed to," a Sistema PBO spokesperson told TASS.

Social media users commented that the new logo still looked like an "M".

Others said that the new logo seemed to be inspired by the flag of Bangladesh, which also has a dark green background and a red circle in similar shades to the new logo.

According to newspaper Izvestia, Sistema PBO has submitted eight potential names for the new chain to Rospatent, which is the Russian government agency in charge of intellectual property.

The names reportedly under consideration include "Tot Samyi", which translates to "the same one" and "Svobodnaya Kassa" which means "available cash register".

McDonald's, Sistema PBO and Rospatent did not immediately respond to BBC requests for comment.

McDonald's temporarily halted its business in Russia in March, less than two weeks after the country invaded Ukraine.

Last month, it announced that it would leave Russia because of the "humanitarian crisis" and "unpredictable operating environment" caused by the war.

It said Alexander Govor, who operated 25 McDonald's restaurants in Siberia, would take over the firm's restaurants.

Under the agreement, McDonald's said it would retain its trademark in Russia. It also has an option to buy back its restaurants within 15 years.

Before announcing that it was leaving Russia, McDonald's had operated in the country for more than 30 years.

The fast food giant opened its first Russian restaurant in Moscow in January 1990.

The first store in Pushkin Square saw hundreds of customers queuing outside of it - with many waiting hours for their first taste of the famous American burger.

It was seen as a key moment in the opening up of the Soviet Union's economy as the Cold War was coming to an end.