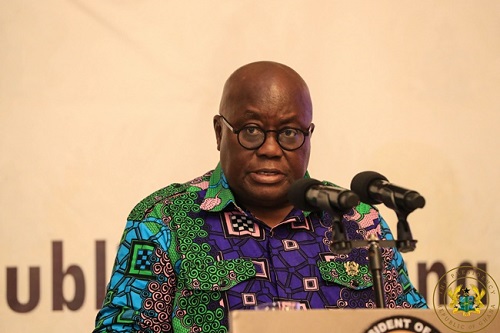 Economist Professor Eric Osei-Assibey has urged the government to take advantage of the country's Moody's positive outlook ratings to attract more investments into the country.

Moody's has reviewed Ghana's rating from stable to positive based on what they call rising confidence in the country's institutions which are expected to lead to stability in revenue and expenditure in the medium term.

Though they are concern about the possible downsides of the rating, Professor Eric Osei Asibi said the government can work to correct the risks which will trigger interest from potential investors.

"Some of these we could have control over particularly with the political business cycle, it requires unwavering political commitment on the part of the government, the fiscal discipline of which we should be able to stay within budget and match expenditure with revenue. If government is committed to doing that then that will longer be a risk because there is a manageable risk that............... for things like commodity risk, cocoa pricing or crude oil prices going down or high there is very little the country can do if they come when it happens then we have to make sure we have a good policy response to make sure that we reduce the pass-through effect to the economy, they are obviously underlining risk but on the balance, I think that the positive outweighs the negative..." he said in an interview with Citi FM.

Credit rating agency, Moody’s in a press release issued over the weekend, revised the country’s outlook from stable to positive while affirming its long-held B3 rating.

The announcement means the rating agency is optimistic about the direction of the macroeconomic and its hopeful measures being taken will get better.

A positive outlook also lowers the risk of long-term debts that Ghana may issue over the medium-term such as the upcoming Eurobond to be issued next month.

Ghana has struggled to contain election-year spending since 2004. The last election year, 2016, saw government nearly doubling its budget deficit despite being under an IMF programme.

With Ghana set to go to the polls in December, organisations such as the Economist Intelligence Unit (EIU) are predicting that the election-year spending will derail government’s fiscal consolidation efforts. The EIU, for example, is forecasting a 5.6 percent deficit.

Moody’s ruled that beyond the fiscal sphere, measures taken over the past couple of years to recapitalize the financial sector and to address the country’s power deficit (albeit the latter with problematic unintended consequences) also suggest active, moderately effective policymaking and support rising confidence in policymakers’ ability to sustain economic and financial stability, and to limit the risk of external shocks in the coming years. `

According to Moody’s, in recent years Ghana has seen a number of positive developments in key credit metrics, which partly reflect the institutional and fiscal reforms implemented under the four-year IMF program that was completed in April 2019.

The reforms cited by Moody’s include a return to sustained economic growth at around 5 percent on average, supported by the development of domestic hydrocarbon resources and the prospect of sustained non-oil growth driven by the restoration of power supply and renewed infrastructure investment, a structural improvement in the current account dynamics, and fiscal reforms which have resulted in primary surpluses since 2017.

“Key fiscal reforms include the Public Financial Management Act (2016) which improves fiscal governance and the Fiscal Responsibility Law (2018) requiring adherence to an overall fiscal deficit ceiling of 5% of GDP and a primary surplus.

2019 saw a cash deficit of 4.8% of GDP and a primary surplus of 0.9% of GDP — weaker than the initial targets but within overall limits. Moody’s expects a similar outcome this year and a renewed shift to fiscal consolidation following the election,” the agency stated.