Understanding the concept of liquidity in banking 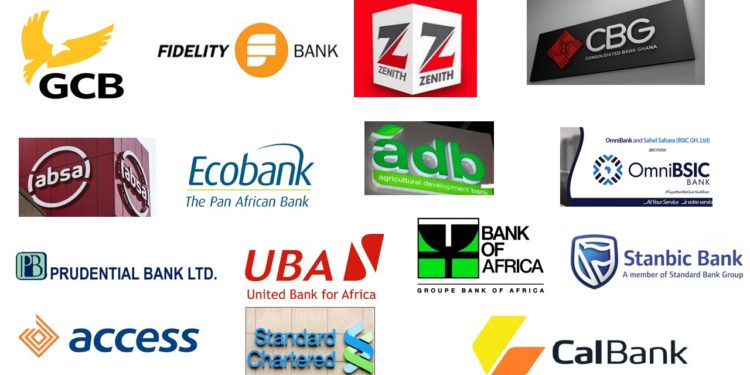 Banks play a central role in all modern financial systems. To perform effectively, banks must not only be safe but also be perceived as such. The single most important assurance of safety is capital, which can be defined technically as the excess of economic value of a bank’s assets over its liabilities. Capital represents a cushion that is available to cover losses of any kind.

However, lessons from past experiences – more recently that of the 2008 global financial crisis, show that a second type of buffer is critical: the ‘liquidity’ that banks have, to cover unexpected cash outflows. A bank can be solvent – holding assets exceeding its liabilities on an economic and accounting basis – and still die a sudden death if its depositors and other significant providers of funding lose confidence in the institution.

Liquidity is therefore critical and fundamental to the effective running of a bank. This write-up breaks down the concept of liquidity and why it is of such crucial importance to banks. The article also discusses how banks can achieve adequate liquidity and the economic value of maturity transformation.

What is liquidity at a bank?

Liquidity at a bank is a measure of its ability to readily find the cash it may need to meet its due obligations. Liquidity can come from direct cash holdings in currency or on account at the Reserve/Central Bank. More commonly, it comes from holding securities that can be sold quickly with minimal loss. This typically means highly creditworthy securities, including government bills which have short-term maturities.

Indeed, if their maturity is short enough the bank may simply wait till maturity. Such short-term, very safe securities also tend to trade in liquid markets where large volumes can be sold without moving prices too much and with low transaction costs (usually based on a bid/ask spread).

However, a bank’s liquidity situation – particularly in a crisis, will be affected by much more than just this reserve of cash and highly liquid securities. The maturity of the bank’s illiquid assets will also matter, since some of them could mature or be sold – mostly at substantial losses – during the cash crunch, thereby providing an additional source of funds.

On the other side of the balance sheet, banks often have contingent commitments that require payments of cash; particularly through lines of credit offered to some of their customers. Of course, the biggest contingent commitment in most cases is the requirement to pay back demand deposits at any time that the depositor wants.

Why do we care about banks’ liquidity?

We care about banks’ liquidity levels because banks are important to the financial system, and they are inherently fragile if they do not have sufficient safety margins. The recent global financial crisis of 2008 demonstrated the harm that an economy can suffer when credit dries up in a crisis. Another clear example locally was the 2016/2017 financial sector challenges in Ghana, resulting in the banking sector clean-up costing billions of cedis. Liquidity difficulties were undoubtedly some of the key challenges with several of the affected banks in Ghana.

Capital is arguably the most important safety buffer. It provides the resources to recover from substantial losses of any nature and gives those dealing with the bank confidence in its safety.

However, the typical cause of a bank’s failure is usually a liquidity problem that makes it impossible to survive a classic ‘bank run’ or a modern equivalent, such as an inability to access the debt markets for new funding. It is entirely possible for the economic value of a bank’s assets to be more than sufficient to cover all of its claims and yet for that bank to crumble because its assets are illiquid and its liabilities have short-term maturities.

Why are banks prone to runs?

A ‘bank run’ is the term used to describe a situation wherein large groups of depositors withdraw their money from banks simultaneously due to fears that the bank will become insolvent. Banks have always been prone to runs because one of their principal social purposes is to perform maturity transformation, also known as time intermediation.

In other words, they take demand deposits and other short-term funds and lend them out at longer maturities. Maturity transformation is useful because depositors often have a strong preference for liquidity at the shortest possible time, yet much of the useful activity in the economy requires assured funding for longer periods – usually years. Banks square this circle by relying on the assumption that most deposits are ‘sticky’. Demand deposits can theoretically all be withdrawn in a single day, yet their average balances show remarkable stability in normal times.

Therefore, banks can lend out the funds for longer periods with a fair degree of assurance that the deposits will remain available or that equivalent deposits can be obtained from others as needed, perhaps with a modest boost in deposit rates.

The problem, however, is that sometimes depositors lose confidence in a bank – or in the banking system – and withdraw their funds in larger volumes than normal. This is the classic ‘bank run’ that has caused the demise of many a bank over the centuries. The surest way to counter a bank run is to restore confidence. No bank that engages in a normal level of maturity transformation can survive a bank run without some form of support.

There is much that a central bank can do to aid with liquidity crises, but there are limits to what can be accomplished. The risks of deposit runs have been demonstrated often enough for many countries to have a system of deposit insurance. These guarantee that bank depositors will not lose their funds, up to certain specified amounts. Sometimes there are limits on what entities are insured. Banks in Ghana, for example, may not have insurance on their deposits in other banks. Deposit insurance is a very important protection against bank runs.

However, it is important to note that modern banks often rely, to a significant extent, on short-term borrowings in the financial market. Consequently, it doesn’t have to take simultaneous large numbers of depositor withdrawals to become a serious problem. The inability to roll-over debt through new securities issuances has a similar effect to deposit withdrawals.

Again, the 2008 global financial crisis demonstrated this since very few banks experienced deposit runs, yet this did not eliminate liquidity problems. To minimise this risk, some banking groups have stringent limits to their reliance on wholesale funding.

How can banks achieve adequate liquidity?

Banks can increase their liquidity in multiple ways, each of which ordinarily has a cost – including shortening asset maturities, improving the average liquidity of assets, lengthening liability maturities, issuing more equity, reducing contingent commitments and obtaining liquidity protection.

How much liquidity is enough?

Since liquidity comes at a cost, a bank faces a trade-off between the safety of being highly liquid and the expense of obtaining it. This makes it difficult to answer the question of how much liquidity is enough. The complexity of the financial system makes it even more challenging at predicting its future state; and for that matter, the probability and severity of future liquidity crunches.

What is the economic value of maturity transformation?

Policymakers face a similar trade-off to the banks when setting the appropriate regulatory requirements for bank liquidity. With very high liquidity requirements, banks will be considerably safer… all things being equal.

However, the assumption doesn’t wholly apply in the real world. If maturity transformation is an important source of their profitability, then banks’ business models could become more fragile with excessive liquidity requirements, unless the added costs can be passed through to borrowers and other customers – with its own disadvantages for the economy.

More broadly, policymakers must consider the question of social value of maturity transformation to the entire economy. If there is little added value, then the risks of a bank run and similar phenomena will surely push regulators to set very high liquidity requirements. On the other hand, if the social value of maturity transformation is judged to outweigh the perceived risks – as was the case during the COVID-19 pandemic – policymakers may relax banks’ liquidity requirement, as we saw in many jurisdictions including Ghana.

Most analysts believe that banks allowing depositors ready access to their money, while at the same time allowing most of that money to be invested in illiquid and long-term assets, is a very productive activity. This is because it allows the economy to have its cake and also eat it, providing liquidity without foregoing long-term, illiquid investments. If you were to enforce narrow banking, you would be denying the economy one of the main ways we manage to reconcile these needs. This is one of the most onerous duties for policymakers of modern times – to find the right balance between the risks and benefits of maturity transformation.