7 best new movies to stream on Netflix, Hulu, Disney Plus and more 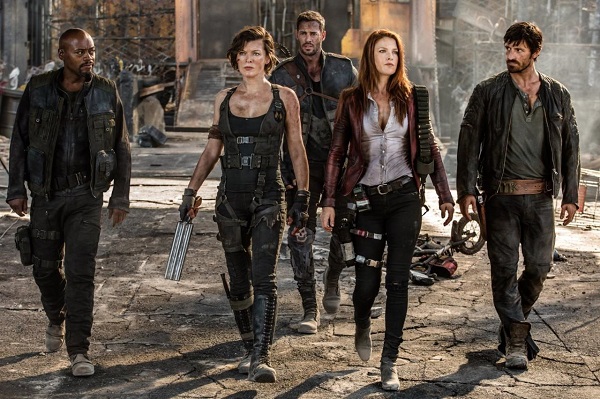 The Fall TV season is on, but we've still found seven new movies worthy of your attention. Leading the pack is a fresh-from-theaters release starring John Boyega.

That film, the suspenseful Breaking, drew comparisons to Dog Day Afternoon, and hopes to find a larger audience at home.

Of all of these releases, we're most excited to see Do Revenge, the new Netflix movie featuring Stranger Things star Maya Hawke.

Here, she ditches Demogorgons for drama, playing Eleanor, a teen whose biggest trouble is the gossip spread about her. She and a classmate who is in a similarly complicated situation unite to get revenge on each others' behalves.

Elsewhere in the streaming world, a duo of documentaries will have you feeling dread. Netflix's Sins of Our Mother tackles an unthinkable series of murders, while Peacock's got the story of the first cruise line that had Covid-19 on board.

Meanwhile, Hulu's the home of a drama film that deserves a second chance after its ad campaign misfired, and Prime Video's got a new thriller we need to watch.

John Boyega (Attack The Block, Star Wars: The Last Jedi) has taken a break from his bigger blockbusters for films that deliver a message.

Breaking, a modern-day Dog Day Afternoon, sees him star as Brian Brown-Easley, a Marine veteran down on his luck as he tries to reintegrate into society.

Things are so bad that Brian decides he needs to rob a bank to get his message heard. And since he's not malicious, Brian has a tough time actually robbing the bank, as he's trying to make sure everyone else gets the assistance and help they need along the way.

Critics rave about Boyega's intense performance, which is the glue holding the film together.

Hell of a Cruise (Peacock)

Cruises are almost an afterthought of modern society. We know people go on them, and some fandoms rent out a whole vessel. But they're not a huge deal.

So it's more than OK if you forgot about, or never heard about, the 2020 voyage of the Diamond Princess cruise ship that is one of the more famous place where Covid-19 initially struck.

That's where Hell of a Cruise, a feature-length documentary debuting on Peacock this week, comes into play. Comprised of original self-shot footage from passengers and interviews with passengers, this documentary aims to show how mismanaged this situation became.

Sometimes, movie trailers fail to properly communicate a film's quality. And those who actually saw The Last Duel — and didn't skip it after seeing a trailer mostly focused on Ben Affleck in a bad wig — see this film as a prime example of a movie undercut by its own publicity.

Its title is quite literal, as an accusation of rape brings two men into the last sanctioned duel. As the marriage of Jean de Carrouges (Matt Damon) and Marguerite (Jodie Comer) is falling into atrophy, a friendship between Jean and Jacques Le Gris (Adam Driver) becomes a rivalry when Jacques rises in the ranks with their lord Count Pierre d’Alencon (Ben Affleck).

Marguerite slings her accusation of rape at Jacques, and then it's duel time.

While some may see the movie as its own kind of Rashomon, its perspective changes don't change the actual truths on screen. Affleck won kudos from critics for his slimy performance.

Sins of Our Mother (Netflix)

Netflix's latest unsettling documentary tells the story of Lori Vallow, a woman who was well-liked in her community but now awaits trial for first-degree murder and conspiracy to commit murder (with her fifth husband Chad).

The two are accused of the murders of J.J. and Tylee (two of Lori's children) and Tammy (Chad's ex-wife).

Lori's surviving son Colby is somehow able to help tell this very complicated and very distressing story. And if that wasn't enough complexity and tragedy, there's also the situation involving Lori's brother Alex, who allegedy shot and killed her ex-husband Charles. Directed by Skye Borgman (Abducted in Plain Sight, Girl In the Picture).

Stream it on Netflix(opens in new tab) tomorrow (Wednesday, Sept. 14)

Stranger Things' Maya Hawke co-stars in Do Revenge, a younger generation's introduction to Hitchcockian suspense (as it's inspired by Strangers on a Train).

This film sees an unexpected alliance form when high school students Drea (Camilla Mendes) and Eleanor (Hawke) are on the wrong side of high school gossip.

Someone's leaked a topless video of Drea that was meant just for her boyfriend, and Eleanor is accused of holding classmate Carrissa (Ava Capri) down and forcing a kiss. Now, Drea and Eleanor are going to do each other's dirty work to get revenge.

Stream it on Netflix(opens in new tab) starting Friday (Sept. 16)

Children shouldn't have to play detective about anything that is actually dangerous. Especially about one of their parents' identities.

Such is the case in this haunting-looking Prime Video Original, starring Naomi Watts as the woman who may not actually be the mother of young Elias (Cameron Crovetti) and Lucas (Nicholas Crovetti).

But when 'Mother' has gotten plastic surgery, and is still bandaged up, what are these boys to do when she's not acting like her regular self? Things get increasingly tense, as 'Mother' asks that she and her boys keep some new secrets.

Young Doris Muñoz, a daughter of undocumented migrants, has been dealing with instability and trouble for years (including the deportation of her brother Jose).

But once she finds herself on the precipice of success in the music industry, she realizes she's not well-equipped enough for its challenges.

Once she meets Chicana singer and musician Jacks Haupt, who is struggling with a similar situation, the two bond over their similarities.