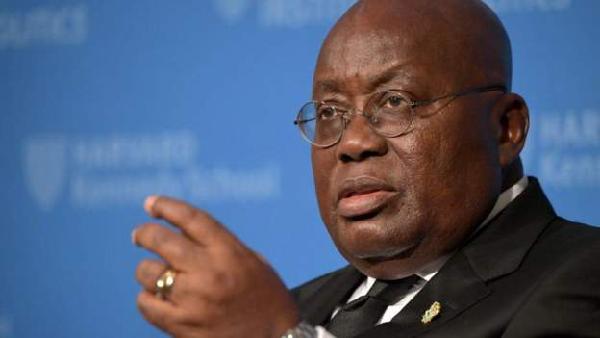 Ghana's President Nana Akufo-Addo has been accused of using a musician's work without permission or credit to advertise the country to tourists.

Ghanaian musician Kirani Ayat said he reached out to the government for support before shooting his Guda music video but he was turned down.

The video was shot in northern Ghana and features scenic views and showcases the local culture.

On Tuesday Ayat lashed out at the president after he shared a promo video:

Beneath the deep blue sky, the Black Star is calling. Follow the stars and let them take you on a journey of our people. I invite everyone to the country at the centre of the world - #Ghana 🇬🇭. #VisitGhana2022 pic.twitter.com/2m5KC2QTkt

"The President of Ghana has used my video 'Guda' in this ad to promote Ghana. I was actively reaching out to the Ministry of Tourism in 2018/19 to use this video to push tourism in the North and got no reply, yet today it’s in an ad and no one reached out to me for permission," he wrote.

Scenes in the musician's video featuring women posing on top of a giant tree and others dancing have been featured in the tourism advert.

Here is the artist's video:

Kirani said he worked a 12-hour shift as a security guard for seven days over a three-month period to save money for the video production costs.

"I reached out a couple of times to no avail. I was depressed throughout that period," the musician wrote.

The government is yet to respond to the copyright allegations.

Ghanaians on social media have encouraged the musician to sue the government for copyright infringement.

Ghana has previously marketed the country for tourism with the famous year of return initiative launched in 2019 termed a great success by the government.