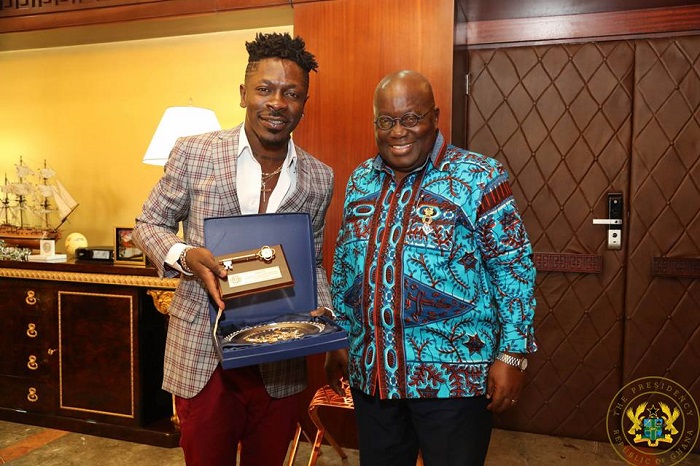 Ghanaian radio personality Halifax Ansah Addo says President Akufo-Addo appeals to just a section of Ghanaians but Shatta Wale is loved by all.

Speaking with Nana Ama Mcbrown on Showbiz on November 7, 2020, he disclosed that Akufo-Addo only appeals to particular people but the artiste is loved by all.

He made this comment when asked about his opinion on Bulldog's statement that Shatta Wale is popular than Akufo-Addo.

A few days ago, Bulldog said Shatta Wale is too popular that he would steal the show should he find himself at the same place with the President.

READ ALSO: Gospel acts shouldn't judge my personality because I want to work with them - Shatta Wale

Halifax commenting on this stated that he agrees with Bulldog because Shatta Wale has a huge fan base but Akufo-Addo only appeals to certain political followers and not all Ghanaians.

According to him, the ‘Already’ hitmaker appeals to both supporters of the two main political parties that is the NDC and the NPP.

"Shatta is in his 30’s but look at his fan base, compare the campaigns done by Akufo-Addo during the days of Adu Boahen, he tried presidency twice before he reached where he is but look at his level of popularity but Shatta Wale doesn’t have any campaign song and posters just his music but he is loved by Ghanaians and has huge fan base than Akufo-Addo,"

Arnold Asamoah Baidoo a pundit also said entertainment carries more weight than politics, adding artistes are loved by Ghanaians because of his field of work.