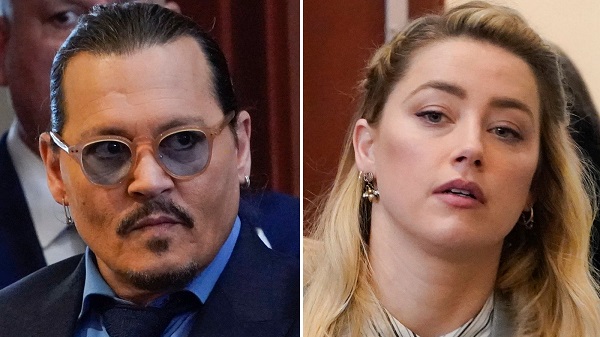 US actress Amber Heard will pay Johnny Depp $1m (£820,000) in a settlement of their defamation suit, lawyers for Mr Depp told the BBC.

The former couple faced off in court this spring in a high-profile battle.

In June, a Virginia jury mostly sided with Mr Depp, 59, finding that Ms Heard had defamed him in an article in which she called herself a victim of abuse.

Announcing the settlement earlier on Monday, Ms Heard, 36, said the decision was “not an act of concession”.

Earlier this month, she filed an appeal in the case, asking for the jury’s verdict to be reversed or for a new trial entirely.

But in her statement on Monday, the Aquaman actress said she had made the choice to settle “having lost faith in the American legal system”.

“Even if my US appeal is successful, the best outcome would be a retrial,” she said. “I simply cannot go through that.”

Mr Depp had sued his ex-wife for defamation based on a 2018 op-ed written by her and published in the Washington Post newspaper, in which she described herself as a “public figure representing domestic abuse”, without naming Mr Depp. Ms Heard filed a countersuit.

The six-week televised trial drew widespread public scrutiny. The former couple, who divorced in 2017, presented starkly different accounts of their five-year relationship, both accusing the other of misbehaviour and violence. Mr Depp vigorously denied his ex-wife’s testimony, in which she claimed he had subjected her to emotional, physical and sexual abuse.

The verdict surprised some legal experts, especially as it followed Mr Depp’s loss in a similar case in the UK two years ago.

On Monday, lawyers for Mr Depp said in a statement they were happy to “formally close the door on this painful chapter for Mr Depp”, adding that the actor would be donating the $1m settlement to a number of charities.