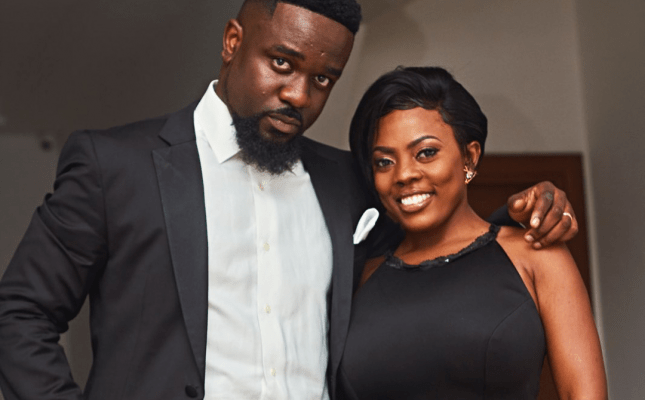 CEO of Music, Michael Owusu Addo in showbiz as Sarkodie has on today, Monday, September 3, clarified that ace broadcast journalist, Nana Aba Anamoah has not been officially signed as the Public Relations Office (PRO) for his record label.

The rapper shared a picture of himself and the broadcast journalist with the caption “Hello SarkNation say hi to your Public Relations Officer @thenanaaba?”

However, Sarkodie speaking to Andy Dosty, host of Hitzfm's morning show 'Daybreak Hitz', disclosed that the post was nothing serious and he was doing it for fun, even though Nana Aba has been supportive of his brand for quite a long time.

"Not official but I have been saying that for a long time as a fun thing that I think her support has been there since my come up, she's been supportive, she wasn't on social media so it was based on WhatsApp

she will send me my verses and she will go like I like this song and so I have always had that with her for a very long time and the fans loved her so I was just playing around and a said that's my new PR because she actually takes the job on herself, she says a lot for me that I don't even have to explain and big ups to Nana Aba God bless her" he said.

Nana Aba Anamoah for some months now has always heaved a lot of glorious praise on the rapper for his enormous talent.