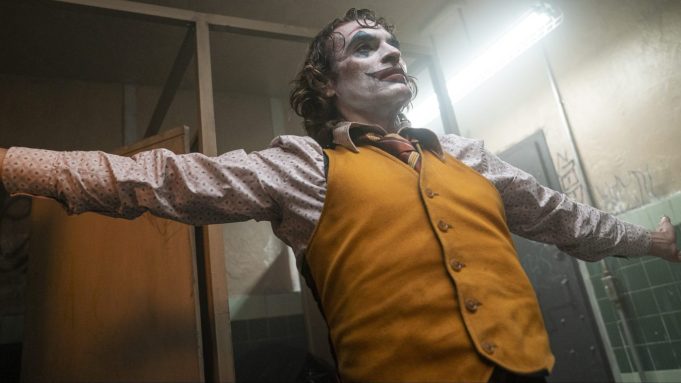 A few weeks ago, Joker flew past The Matrix Reloaded and Deadpool 2 as the highest grossing R-rated pic of all-time.

In a stunning turn, the Todd Phillips-directed origins story joins The Dark Knight and Pirates Of The Caribbean 2: Dead Man’s Chest as films to reach such a figure without the benefit of a China release during their original runs. The global cume through Thursday is $999.1M global with $317M stateside through yesterday.

Joker may be a DC character, but he’s been an absolute marvel since world premiering at the Venice Film Festival in late August. The Joaquin Phoenix-starrer was greeted by huzzahs on the Lido and went on to scoop the event’s top prize Golden Lion.

From there, Joker played the Toronto and New York Film Festivals, among others, and began overseas rollout on October 2 with domestic going two days later. At open, the movie smashed October records domestically, internationally and globally, taking the mantle from last year’s Venom. The overseas launch was $152.2M with a domestic opening record of $96.2M for $248.2M global.

Domestically, there had been early concern over theater safety given the films dark themes, though fortunately there were no major incidents. Also causing hand-wringing was that the movie could be frontloaded by fanboys and perhaps not perform like a superhero pic since it doesn’t fit the genre to which we’ve become accustomed.

Ultimately, Joker was so in the zeitgeist, aided in part by its mass coverage coming out of Venice, that audiences turned out and continued to do so (the Bronx stairs that Arthur Fleck as Joker dances down have become a tourist attraction). Many say that Warner Bros. Studio marketing boss Blair Rich was very instrumental in believing and seeing how to sell Joker very early on before Phillips even shot a frame.

High praise for Warner Domestic Distribution boss Jeff Goldstein for continually tapping the first weekend of October and expanding the marketplace, a place where Warners at point held the opening weekend record for the month with Gravity. Overall, Warner Bros. execs put their all in making Joker happen.

Holds have been astonishing and on October 25, Joker became the top-grossing R-rated movie ever worldwide, overtaking Deadpool. In early November, it became the first R-rated title to cross $900M global.

The fact that Joker has achieved such heights without China is another example of just how global the box office can be. This has been a year during which a handful of titles, though released in the Middle Kingdom, would still have gotten to $1B without it — think: Avengers: Endgame, Toy Story 4 and The Lion King. Even Aladdin would have gotten this close sans China.

Joker is an original reinvention of the familiar mythology and a unique standalone story that introduces Phoenix as Fleck, a man struggling to find his way in Gotham’s fractured society. A clown-for-hire by day, he aspires to be a stand-up comic at night, but finds the joke always seems to be on him. Caught in a cyclical existence between apathy and cruelty, Arthur makes one bad decision that brings about a chain reaction of escalating events.

The decision to world premiere a comic book at the Venice Film Festival was a bold risk by Warner Bros. Money-wise, it has certainly paid off (see here for Deadline’s dive into potential profits from a few weeks ago, a number that will be well north of a half billion).

Next will be to see how Joker fares during awards season. Venice has increasingly become a key launchpad — three of the last five Best Picture Oscar winners began their career on the Lido — and Warner Bros has had good luck from there in the past. Phoenix seems poised for a Best Actor nomination, and, as Pete Hammond has reported, the movie is making an impact with Academy members.