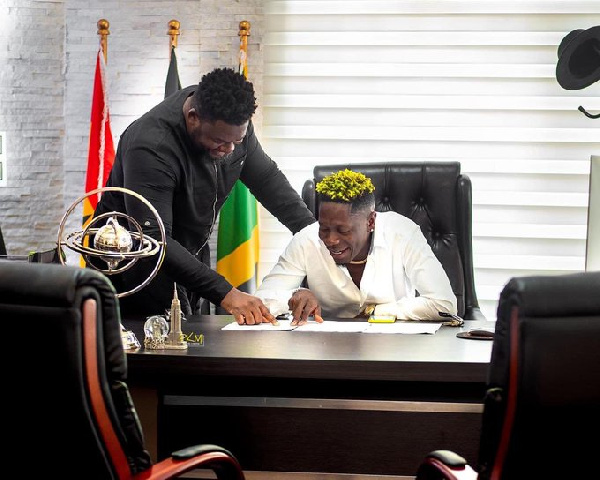 In a writ filed at the Accra High Court, the plaintiff is seeking damages for the alleged defamation and same for malicious publication of falsehood against him by the defendant.

“The series of publication that the Defendant has made and continues to make about the Plaintiff are actuated by plain malice,” the writ filed by Bulldog’s Lawyer, Justice Srem-Sai said.

1. A declaration of the Court that the series of publications made by the Defendant as particularised in the Statement of Claim are defamatory to the Plaintiff.

2. A declaration of the Court that the series of publications made by the Defendant in the Statement of Claim are malicious.

3. An order of the Court directed at the Defendant to on all his social media pages or accounts, make a publication on seven (7) consecutive days of an unqualified retraction of and unreserved apology for the defamatory words that the Defendant has published about the Plaintiff, such retraction and apology to be vetted and approved by the Plaintiff’s lawyers.

4. An order of the Court for perpetual injunction restraining the Defendant, his agents, workmen, assigns and servants from publishing or further publishing any defamatory words against the Plaintiff.

7. Punitive damages for malicious publication of falsehood against the Plaintiff.

9. Any other orders or remedies that the Court may deem fit

Shatta Wale on November 02, 2022, made a publication on his Facebook page implicating his former manager, Bulldog in the murder of Fennec Okyere among others.

This caused the Ghana Police Service to open investigations into the defendant’s publications.

Fennec Okyere, who was the manager of controversial musician, Kwaw Kese, was murdered at his Manet Gardens residence on the Spintex Road, Accra on Thursday, March 13, 2014 by unknown assailants. He died at age 31.

Lawrence Nana Asiama Hanson, was picked up by the Police Criminal Investigative Department (CID) as a suspect in the death of Fennec Okyere.

This was because Bullgod (then known as Bulldog) who had regular beefs with Fennec Okyere, had supposedly threatened him in an interview.

In 2017, the courts, on the advice of the Attorney-General that there was no evidence against the suspect, discharged Bulldog. 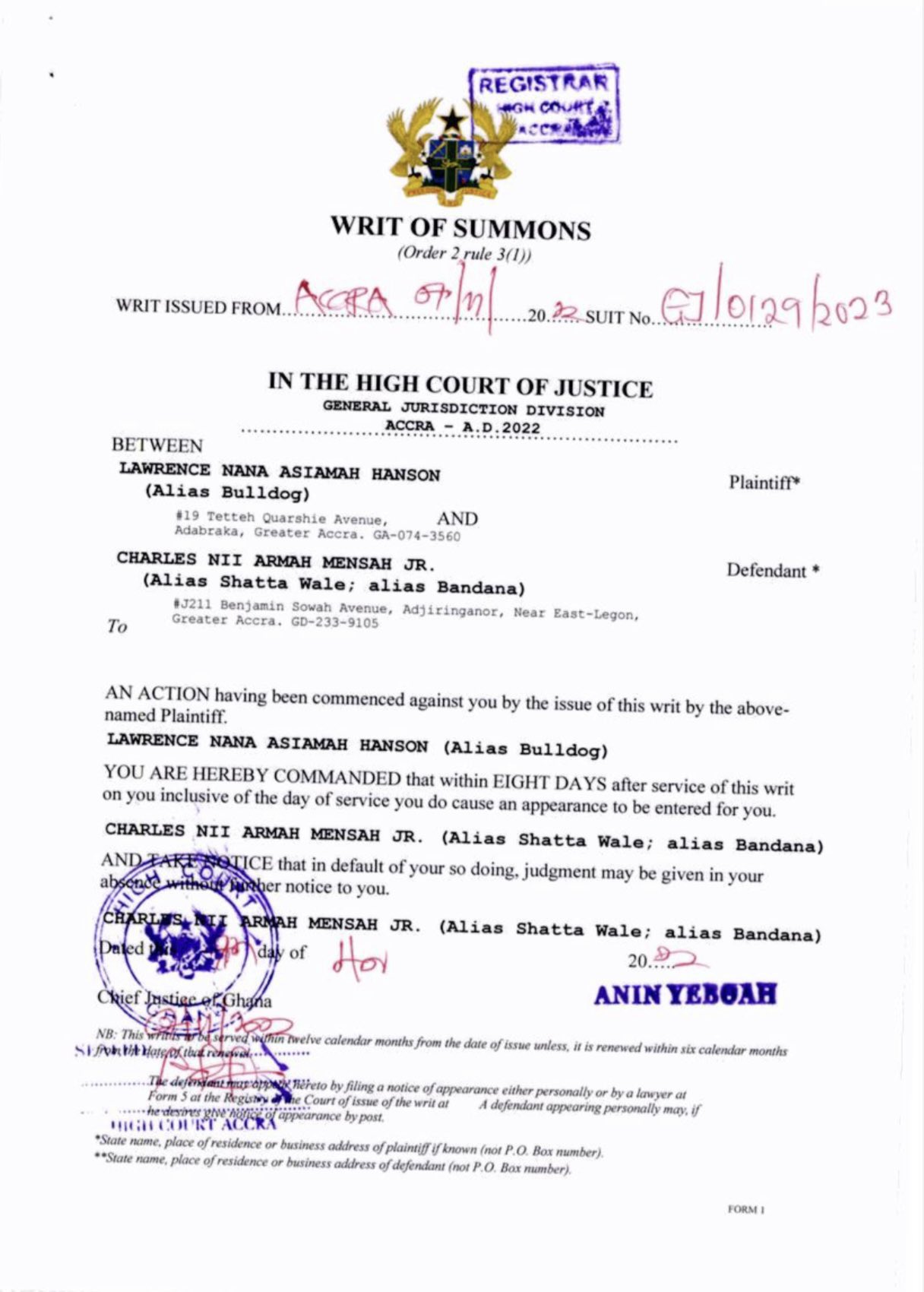 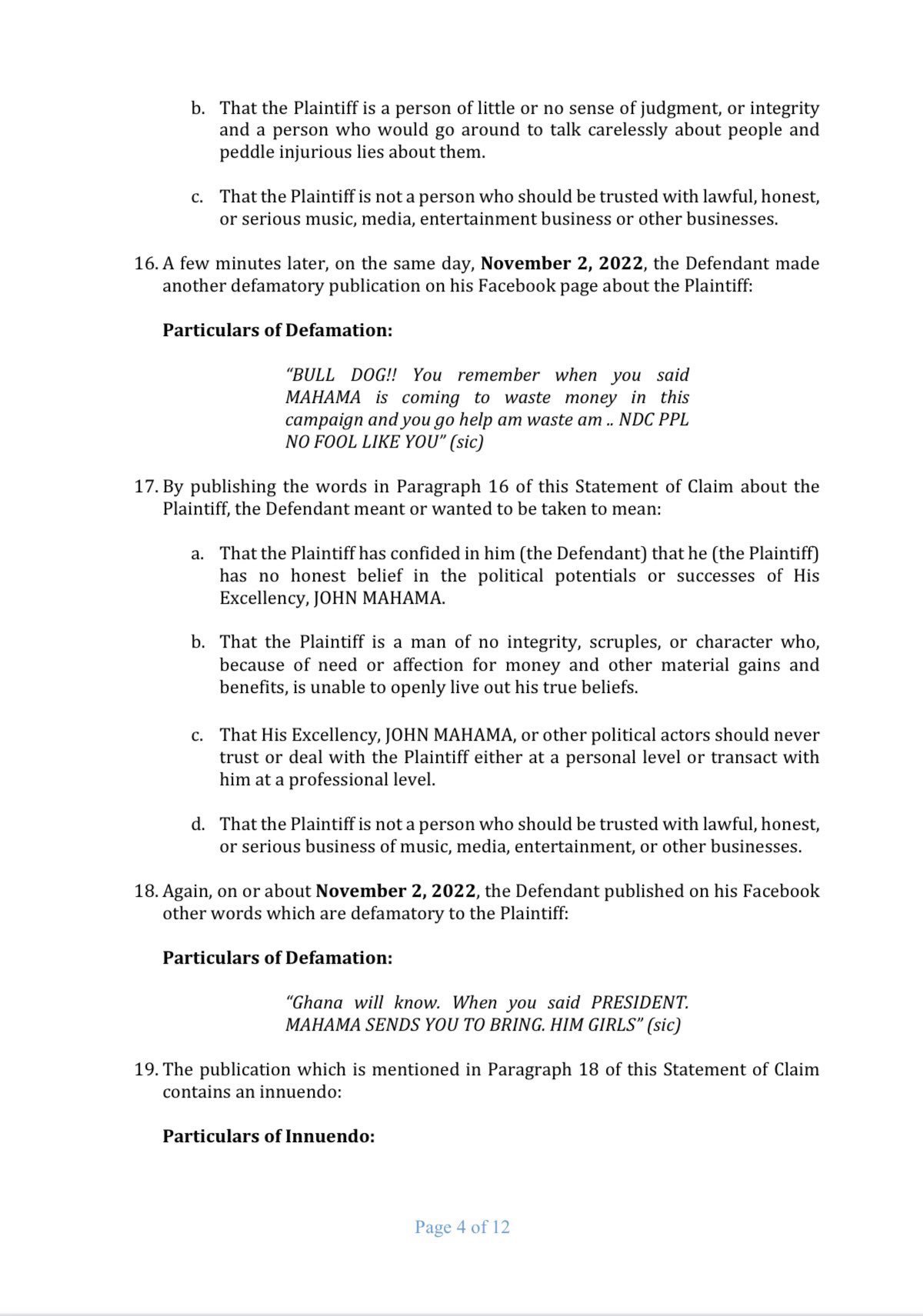 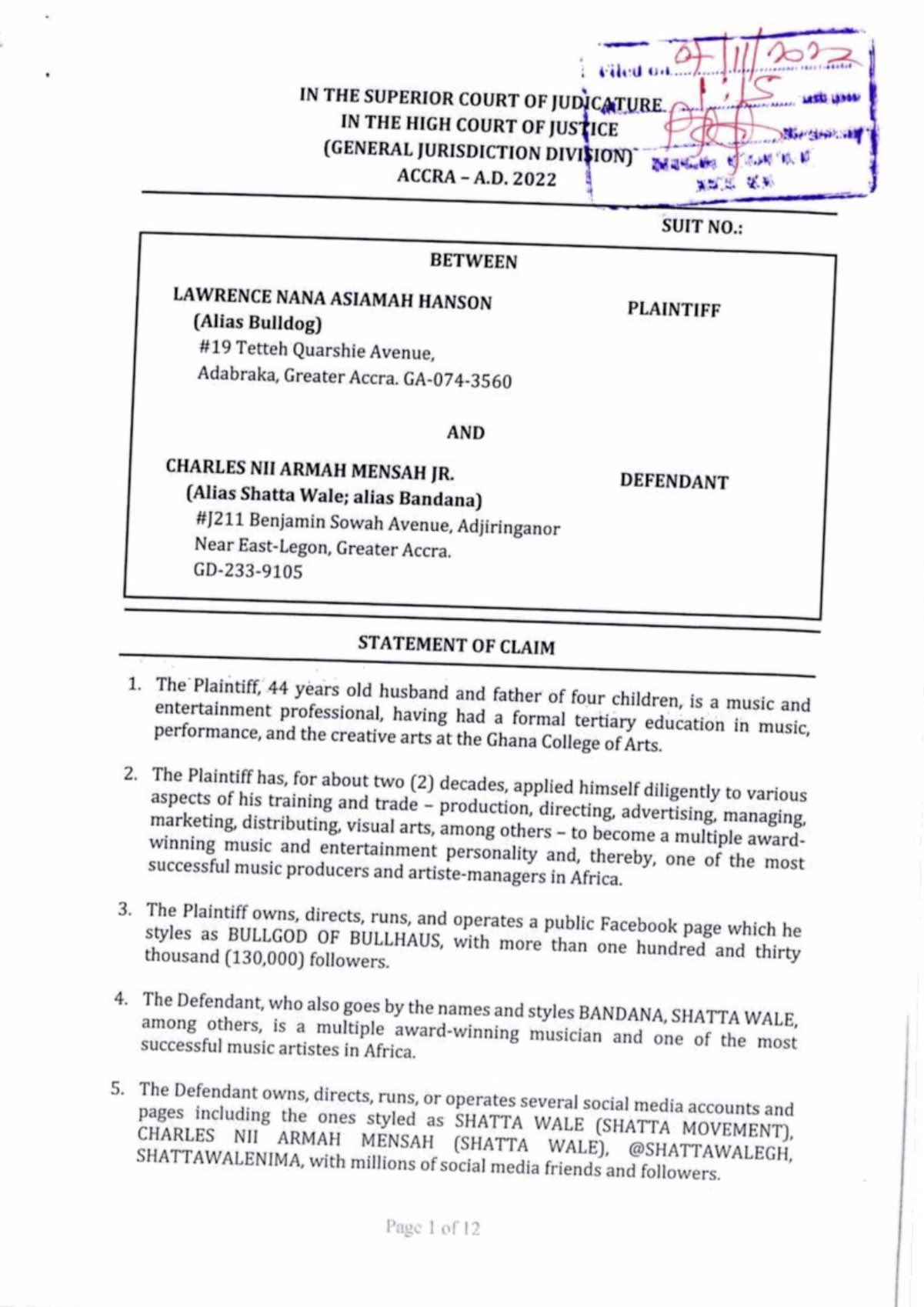