DJ Tim Westwood accused of sex with a 14-year-old 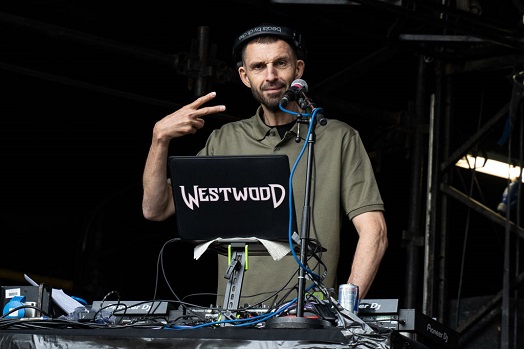 DJ Tim Westwood is facing allegations from a woman who says he first had sex with her when she was 14 and he was in his 30s.

The woman claims Westwood had sex with her on several occasions in the early 1990s, when the age of consent in England and Wales was, as it is now, 16. “I sit here today and face what I’ve been running from for a long time,” she said.

Her testimony forms part of a joint Guardian/BBC investigation that will raise fresh questions over the behaviour of the former Radio 1 DJ.

The woman, and several others, spoke to the Guardian and BBC after the news organisations published a story in April in which Westwood was accused of opportunistic and predatory sexual behaviour.

They make new allegations relating to separate incidents of alleged abuse, misconduct and inappropriate behaviour that date from 1990 to 2020.

The Guardian put all of the allegations to Westwood, who is now 64. He did not respond.

He strenuously denied the allegations of the seven women who featured in the original investigation in April.

Lawyers acting for Westwood said at the time that he was a well-respected and highly successful DJ. They said he denied in their entirety the serious allegations being made against him, saying they were false and defamatory, and he wanted to make clear that he did not behave in the manner described.

In 2020, Westwood said claims of inappropriate behaviour made against him at the time on social media were fabricated, false and without foundation.

In a statement, he said: “I can categorically say that I have never had an inappropriate relationship with anyone under the age of 18.”

Four women who have decided to tell their stories after the first investigation say they were under 18 when the incidents they allege happened. A further six women say they were young adults at the time.

The woman who alleges she was 14 when the DJ first had sex with her describes herself as having been a vulnerable teenager, and says she had wanted to put the experience “in a box and throw away the key”. After hearing the testimony of others, she says, she felt compelled to tell her own story.