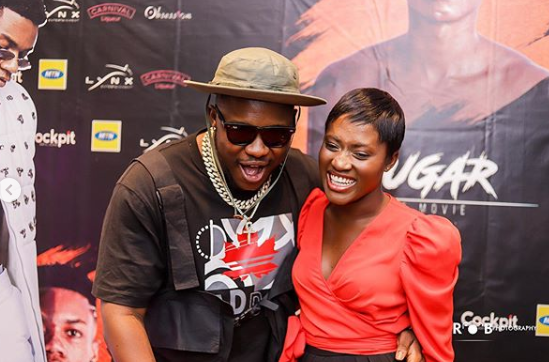 Hiplife artiste Patapaa has joined the train to advise Medikal and Fella Makafui on their rumoured break up.

The pair are having some challenges in their relationship and both have gone on to give fans a gist about it.

Medikal released a song titled ‘El Chapo’ in which he said “Somebody tell Fella I’m sorry, I know say people go bore me but I still go fight for love, Chuck Norris I still love you, you’re my baby,”

Before the song had dropped Medikal had posted a photo of Fella Makafui on his Instagram handle with the caption “I’m sorry.”
Rapper Medikal appears to have disclosed he and actress Fella Makafui are no longer together.

READ ALSO: Video: Qwaachi reveals how much Shatta Wale and Medikal charged him for a feature

The artiste made this revelation in his new song titled ‘El Chapo’ which dropped on Friday.

This seems to have gotten the attention of the 'One Corner' hitmaker who has advised them to resolve their differences.