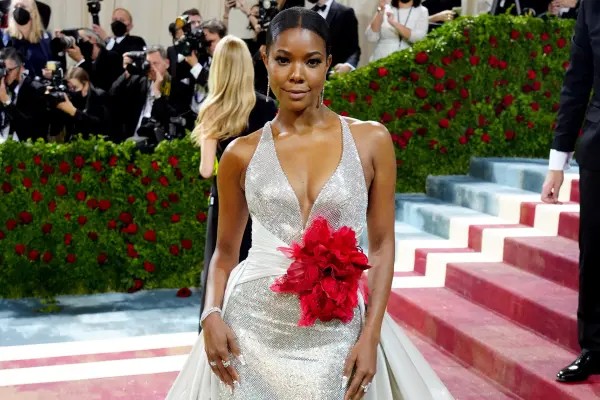 Gabrielle Union bravely opened up about her ongoing 30-year battle with post-traumatic stress disorder (PTSD) as a survivor of rape.

The “Bring It On” star shared a video on Instagram where she candidly opened up about her mental health issues after being the victim of sexual assault when she was 19.

“As a rape survivor, I have battled PTSD for 30 years,” the 49-year-old actress wrote in her post. “Living with anxiety and panic attacks all these years has never been easy.

“There’s times the anxiety is so bad it shrinks my life. Leaving the house or making a left hand turn at an uncontrolled light can fill me with terror.”

“Anxiety can turn my anticipation about a party or fun event I’ve been excited about attending (Met Ball) into pure agony,” she wrote alongside a video of herself on the red carpet at this year’s Met Gala.

“Everyone experiences and deals with anxiety differently, and that’s OK. I don’t need you to try to ‘fix’ me,” she added

Union said she shared her personal experience so that others who suffer from anxiety know “they aren’t alone or ‘being extra.’”

“I see you, I FEEL you and there is so much love for you. Always. Love and light good people. Be good to each other out there,” she added.

Union first opened up about her sexual assault in her memoir, “We’re Going to Need More Wine.” She has described talking about her trauma as “therapeutic.”

“Acknowledging you’re in pain is the first step, and then seeking help,” she wrote in the 2017 book. “The online community is full of people going through the exact same thing you are.”

In 2018, the actress discussed her PTSD for a social media campaign with The Child Mind Institute.

Union tied the knot with retired NBA star Dwyane Wade in 2014. The pair welcomed daughter Kaavia James in 2018. Wade has other three children from a previous marriage.