I don't have anything to do with Serwaa Amihere – King Promise 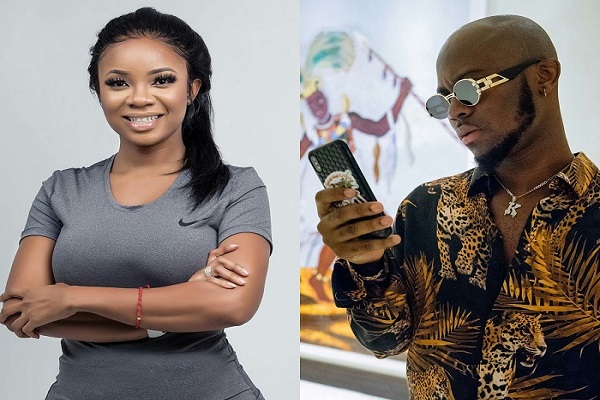 I don't have anything to do with Serwaa Amihere – King Promise

Speaking on 'Day Break Hitz' show on Hitz Fm on July 2, the singer has put the rumours of him dating Serwaa Amihere to sleep.

King Promise mentioned that he’s got nothing to do with the television personality.

“I don’t have anything to do with Serwaa Amihere. The music is my girlfriend,” he said.

It was recently reported that King Promise and Serwaa Amihere were secretly having an affair.

The reports suggested that the GhOne TV's news anchor frequently visits the musician at his East Legon residence which he shares with other men and stays indoors throughout and comes out only when she is leaving because she doesn't want to be seen by anyone.

The two were usually spotted at a popular night club called 'Twist' in Accra but had to leave early because the beautiful news anchor was very uncomfortable, the reports claims.

King Promise just returned from Oh My! Music Festival held in Amsterdam on June 30 and he is set to release his debut album dubbed 'As Promised' on July 5.