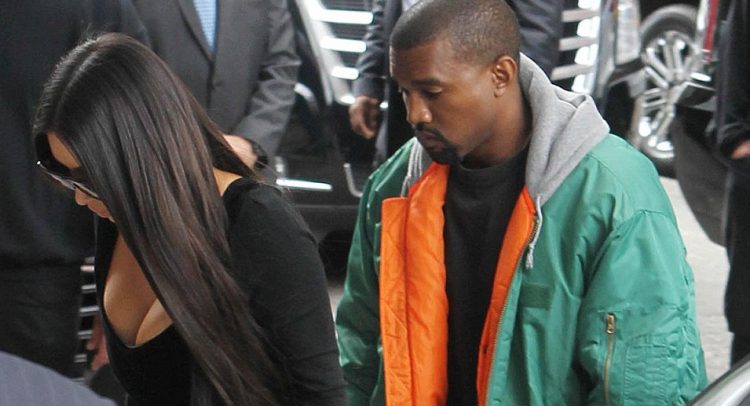 In a blow-to-blow account to the police Kim is reported to have told cops that, the robbers zip-tied her hands with plastic handcuffs and duct taped her to make it more secure. Weâ€™re told one of the men grabbed her by the ankles and at that point she believed she was about to be raped.

Kim was ordered out of bed by masked men she initially thought were going to rape her.

Kim was lying in bed with only her robe on when she heard boots pounding up the stairs of her two-storey apartment.

Weâ€™re told Kim saw at least one masked man and another wearing a police hat through a sliding glass door. She knew something was amiss, so she rolled off the bed and tried dialling her bodyguard on her cell phone.

Before she could finish dialling, one of the men yanked the phone out of her hands. They zip-tied her hands with plastic handcuffs and duct taped her to make it more secure. Weâ€™re told one of the men grabbed her by the ankles.

Kim told cops at that point she believed she was about to be raped.

The robbers duct taped her ankles, picked her up and put her in the bathtub. She then started screaming, begging them not to kill her because she had babies. She went on to say she had money and they could take whatever they wanted.

The only thing she understoodâ€¦ the men kept saying, â€œring, ring.â€ Kim knew what they were after â€“Â theÂ new ringÂ she got fromÂ Kanye. She told them where it was in the apartment, but that was not the end.

Kim continued to beg and cry, and at that point, the robbers duct taped her mouth shut.

Weâ€™re told a friend of Kimâ€™s â€“ Simone â€“ was also in the apartment, sleeping in the downstairs bedroom. Simone heard the commotion and locked herself in the bathroom and called Pascal, the bodyguard, andÂ Kourtney, telling them to hurry back because something was terribly wrong.

Pascal got back to the apartment two minutes after the robbers left. TheÂ entire incidentÂ took around six minutes.