I felt uncomfortable being a boy – Ohemartin 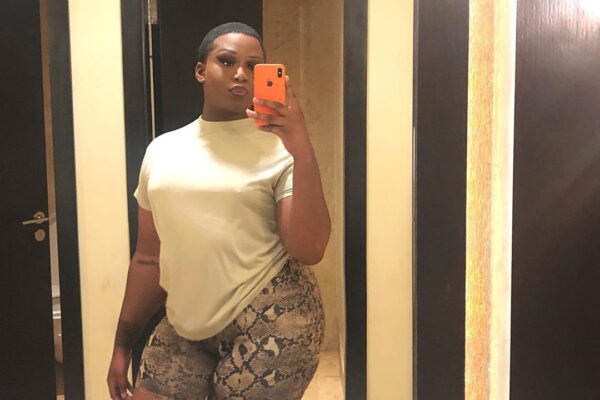 I felt uncomfortable being a boy – Ohemartin
Shares

Ghanaian transgender, Martin Hughes, popularly known on social media as Ohemartin, has disclosed why s/he chose to be female.

According to Ohemartin, during his childhood days, s/he never felt comfortable amongst his fellow male sex peers because s/he used to be teased a lot for having big ‘butts’.

Speaking on the Delay Show s/he maintained that s/he’s now a ‘Trans woman’.

S/he chose the female sex because it’s safe that way.

READ ALSO: I’m happy I got divorced from my wife after 10 years – Kofi Nti

Ohemartin now 22 discovered s/he wanted to be female at the age of 10, s/he said.

S/he also added that when s/he was younger, the boys used to bully him/her for having breasts and butts as a 'boy'.

However, s/he still chose to go to a boy’s school for his high school education even though s/he knows transgender is not accepted in Ghana.

Ohemartin also said that transgender is a feeling, s/he felt he is supposed to be female that’s why s/he dresses the way s/he does.

He confirmed that all his/her 'assets' are natural and s/he uses the female restroom despite having a male organ.