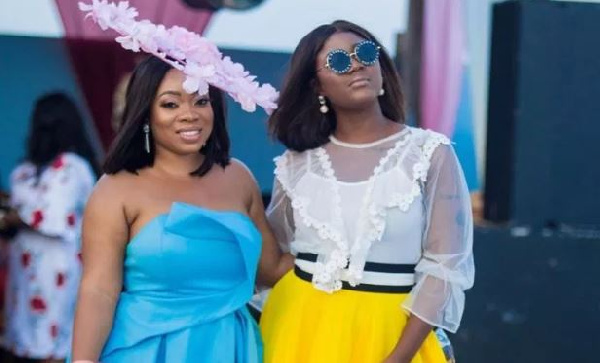 The CEO of Salma Eatery noted that her scuffle with former friend Moesha Budong on social media was just banter adding that she wishes she could change what had happened.

Speaking to MzGee in an interview on TV3, the beautiful actress indicated she did not assume the public will take the issue seriously.

READ ALSO: My comment was out of anger - Moesha begs Ghanaians for forgiveness after Cardi B brouhaha

â€I wish I could turn the hands of time with what happen between us. But it happened and what has happened has already happened. Its just social media, that was nothing really serious.â€ Salma insisted

The actress who was however nonchalant of the views of spectators, stressed that: â€œTo me, it wasnâ€™t serious but when I look around, I realized a lot of people really took it serious and Iâ€™m okay with that, my life is all about me and all that matters is what I think about and how I feel.â€