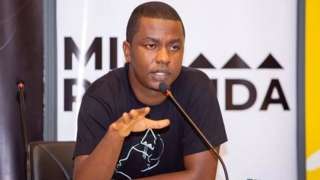 The organiser of Miss Rwanda beauty pageant has been arrested on allegations of sexually abusing contestants, the authorities have said.

The arrest of Dieudonné Ishimwe, the chief executive of Rwanda Inspiration Back Up, the company that organises the contest, comes just a month after this year's edition.

Mr Ishimwe has not responded to the accusations against him.

The Miss Rwanda pageant is one of the most followed events in Rwanda.

An employee of the organising company told the BBC that four girls who contested last year and in this year’s edition had made complaints to investigators before his arrest.

“While the case was still under investigation, he was arrested on Monday”, she told the BBC under a condition of anonymity.

A state investigator is quoted by local media as saying that Mr Ishimwe "is suspected of sexual abuse charges towards Miss Rwanda contestants on different occasions”.

Leading one to sex acts “by force, threats, trickery or by use of authority over that person” is punishable by up to 15 years in prison in Rwanda.

The spokesperson of Rwanda Inspiration Back Up, who is the winner of Miss Rwanda 2019, resigned last week.