My son thinks his father is dead -Tonto Dikeh reveals 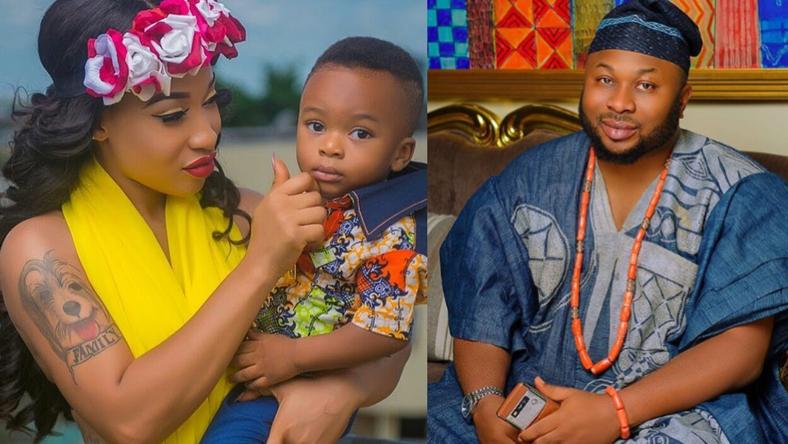 Nigerian actress, Tonto Dikeh has reportedly changed her son’s surname to hers and upon some reaction from fans, she has now added that her son thinks his father is dead.

Tonto’s comments are coming from a backlash from fans after she disclosed that she has renamed her son as “King Adre Dikeh” with the excuse that her ex-husband, Olakunle Churchill, who fathered her child has been a deadbeat dad.

An anonymous account on social media has chastised the controversial Nigerian actress for taking such an “attention seeking” decision to defame her estranged husband upon all the good things he has ever done for her.

These comments got Tonto Dikeh angry as she went on a social media rampage with series of post attacking her son's father with unprintable descriptions as she also labelled him as a fraudster, bisexual and a gigalo.

An Instagram user reminded the actress that no matter how she tags Churchill, the fact still remains that his blood flows in her son. This she replied saying “the fact remains he thinks the father is dead”.

Tonto Dikeh reacts after hacker threatened to leak her nudes
Video: “I’m so tired,” – Tonto Dikeh breaks down in tears

See more of Tonto’s social media rampage from the screenshots below.