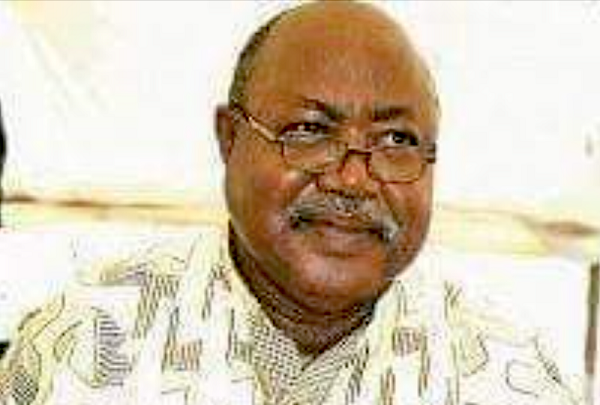 Late Ogunrombi racked up popularity for his role in Wale Adenuga’s comedy series.

This news of the talented thespian’s death was confirmed by a theatre practitioner, Husseini Shaibu, on his Twitter handle on Sunday.

He wrote, “I have just been reliably informed that the ethnomusicologist, former Music Instructor with #NATIONALTROUPE and one time stand in for the ‘Papa Ajasco’ character on the popular #waleadenugaprod comic series ‘Papa Ajasco’ Mr. Femi Ogunrombi is dead.”

Ogunrombi took over the character, Papa Ajasco when the former character, Abiodun Ayoyinka pulled out of the show and he carried on with the role while it lasted.

Papa Ajasco and Company (formerly The Ajasco Family) is a Nigerian family television sitcom created by Wale Adenuga in 1996. The show is a spin-off of a feature film of the same title produced by Wale Adenuga in 1984, which in turn is based on the comic Ikebe Super. The story revolves around the Ajasco family and their comedic interpretations to major societal issues. The main characters include womanising patriarch Papa Ajasco, his long-suffering wife Mama Ajasco, their mischievous son Bobo Ajasco, local playboy Boy Alinco, promiscuous gold-digger Miss Pepeiye, and illiterate ne’er-do-wells Pa James and Pa Jimoh. At its prime, Papa Ajasco was widely considered to be Nigeria’s most watched comedy series, viewed weekly in twelve African countries.