No disrespect, I cannot do this with you on social media- Stonebwoy replies Samini 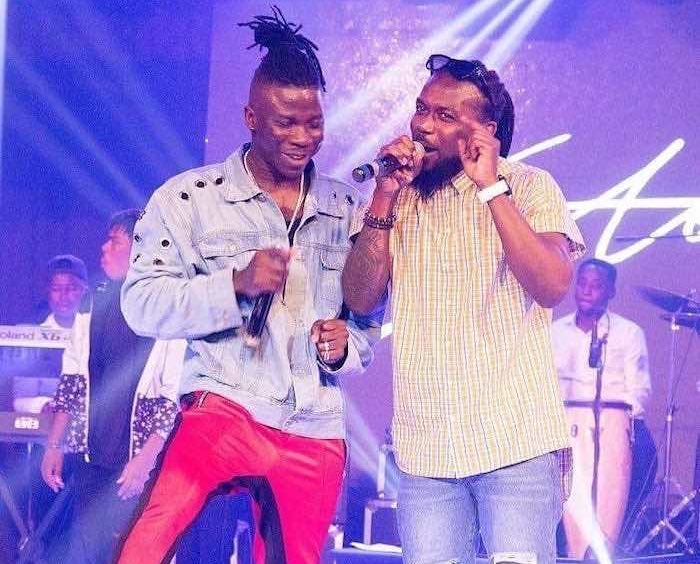 Award-winning Reggae/Dancehall artiste, Stonebwoy has replied his god-father Samini after he called him “disrespectful” and a “faker.”

Following Burna Boy and Wizkid’s Grammy wins last night, Stonebwoy decided to write a congratulatory message to all of Nigeria for supporting their artists.

“With All Due Respect Let All other African Nations Give It Up For Nigeria. For their Constant efforts in Holding the Mantle for Africa when it comes to entertainment On The Global Scene. Congrats for holding it down at the Grammys.. As for Ghana, smh I’ll be back..” Stonebwoy tweeted.

His tweet however, did not go down well with Samini who responded saying;

“Ghana will be ok if we begin to keep it with each other as artists my gee .it starts from being honest and calling a spade a spade. Do you think they disrespect Idibia like you disrespect Samini?? #yearoftruth. before you give extra fake fans to Nigeria #checkyourself faker.”

Stonebwoy has since replied to the Samini’s tweet stating that he won’t be engaging in any social media wars with him.

“No disrespect, You just finished a twitter beef with shatta is it my turn now?? We know each other personally I cannot do this with you on social media..” Stonebwoy replied Samini.