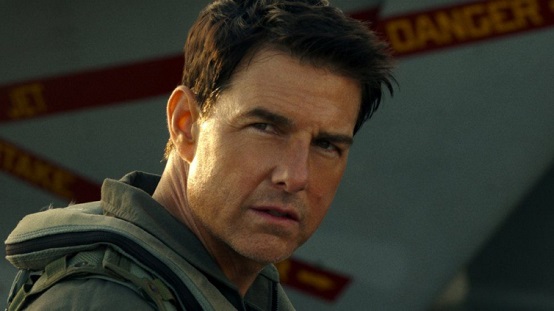 The family of the Israeli writer whose article inspired the 1986 Tom Cruise movie Top Gun is suing film studio Paramount Pictures for copyright infringement over its sequel.

They claim the studio did not have the rights to Ehud Yonay’s 1983 story “Top Guns” when it released the sequel Top Gun: Maverick last month.

Paramount says the claim was “without merit” and vowed to contest it.

It had the fourth biggest opening weekend of any film in the Covid-era, behind the best-selling Spider-Man: No Way Home, second-place Doctor Strange in the Multiverse of Madness and then The Batman.

The lawsuit – filed on Monday at the Los Angeles federal court by Shosh and Yuval Yonay, Ehud’s widow and son – alleges that Paramount failed to reacquire the rights to Ehud’s magazine article after it was terminated under the US Copyright Act.

They are seeking unspecified damages from the film studio, including profits from Top Gun: Maverick.

According to the lawsuit, Paramount’s Top Gun franchise would not have existed without Ehud’s “literary efforts and evocative prose and narrative”.

The lawsuit said that in 2018, the Yonays informed Paramount that its rights to Ehud’s article would be terminated two years later.

It added that the studio lost the copyright for the piece in January 2020.

“Much as Paramount wants to pretend otherwise, they made a sequel to Top Gun after they lost their copyright,” lawyer Marc Toberoff, who is representing the Yonays, told the BBC.

Paramount said in a statement: “These claims are without merit, and we will defend ourselves vigorously.”

Mitra Ahouraian, a Los Angeles-based entertainment attorney, told the BBC that Paramount’s plans to produce Top Gun: Maverick in 2018 and release it in 2019 were delayed because of the Covid-19 pandemic.

“Timing is going to be very important in this case because the notice of termination was sent… to have an effective date of 2020,” Ms Ahouraian explained.

The sequel sees Maverick return to the Top Gun flying academy as an instructor in charge of training a new generation of pilots.

It gave Hollywood superstar Cruise his first $100m (£80m) opening weekend at the box office. His previous biggest opening weekend came in 2005 with War of the Worlds, which raked in $64m (£51m).