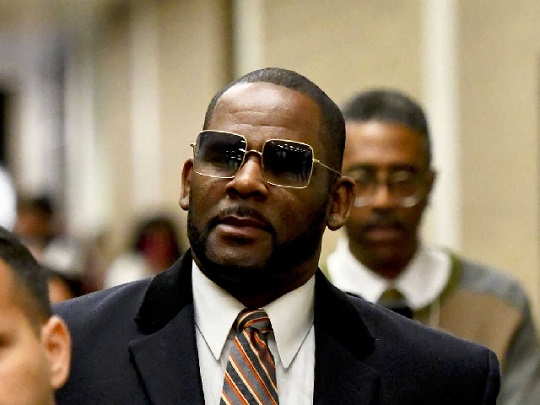 R. Kelly and his legal team are seeking to overturn the disgraced R&B singer’s convictions for various sex crimes.

According to the Chicago Tribune, the “I Believe I Can Fly” singer’s lawyers have filed two motions in Chicago’s federal court seeking a new trial or reversal of his prior convictions of sex abuse and child pornography.

Jennifer Bonjean, Kelly’s lead attorney filed the motions with U.S. District Judge Harry Leinenweber presiding over the hearing on Tuesday (November 15). The arguments will be heard at an appeal hearing to the 7th Circuit U.S. Court of Appeals.

Per the report, Bonjean made a request to Leinenweber for a judgment of acquittal due to “several technical factors, including that prosecutors did not prove that the alleged sex tape of Kelly abusing “Jane” at his home was made for the “purpose” of producing child pornography.”

Additionally, Bonjean argued that there was insufficient evidence that the sex tape had ever crossed state lines, which prosecutors were required to prove in court, and that the prosecution team failed to prove that Kelly had “coerced” teenage girls to have sex with him.

“Had the jurors known that Dr. Turner actively misled them, the jurors would likely have rejected his testimony outright,” Bonjean wrote. Prosecutors are expected to file responses to Bonjean’s motions later this month.

After being convicted on nine counts of various racketeering and sex trafficking charges during his trial in September 2021, Kelly was sentenced to 30 years in prison by U.S. District Judge Ann Donnelly back in June.

“You made me do things that broke my spirit,” one alleged victim said in court at the time. “I literally wished I would die because of how low you made me feel. Do you remember that?”

“He committed these crimes using his fame and stardom as both a shield, which prevented close scrutiny or condemnation of his actions,” federal prosecutors said. “And a sword, which gave him access to wealth and a network of enablers to facilitate his crimes, and an adoring fan base from which to cull his victims.”

Currently, Kelly faces four separate Cook County indictments in Chicago where prosecutors allege “he sexually abused or assaulted four people, three of whom were underage girls at the time.”