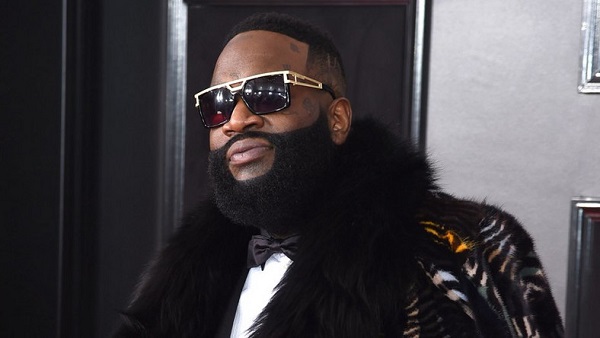 The songwriter, entrepreneur and record executive will be in Ghana on the 27th of December, 2019.

Mr Eazi, made the announcement on Twitter: "Confirmed!! Rick Ross will be joining us at Detty Rave 27th December, at our new rave site in Spintex, Accra Ghana!!"

Confirmed!! Rick Ross will be joining us at Detty Rave 27th December , at our new rave site in Spintex, Accra Ghana!! https://t.co/AwaqzyTcgJ

Rick Ross joins a tall list of headlining and performing acts at this year’s Detty Rave Concert, which will be hosted by Mr. Eazi.

READ ALSO: Video: Shatta Wale and Stonebwoy perform together at Ashaiman to the World Concert

Other artistes to perform include South Arica’s Busiswa, Jamaica’s Kranium and Koffee, a Trinidadian singer, Machel Montano, and Nigerian artistes, Simi and Joeboy.

The Ghanaian artistes will be Darkovibes, Joey B, King Promise, Kuami Eugene, and Kidi.