Robber climbs on top of a street light to avoid beatings 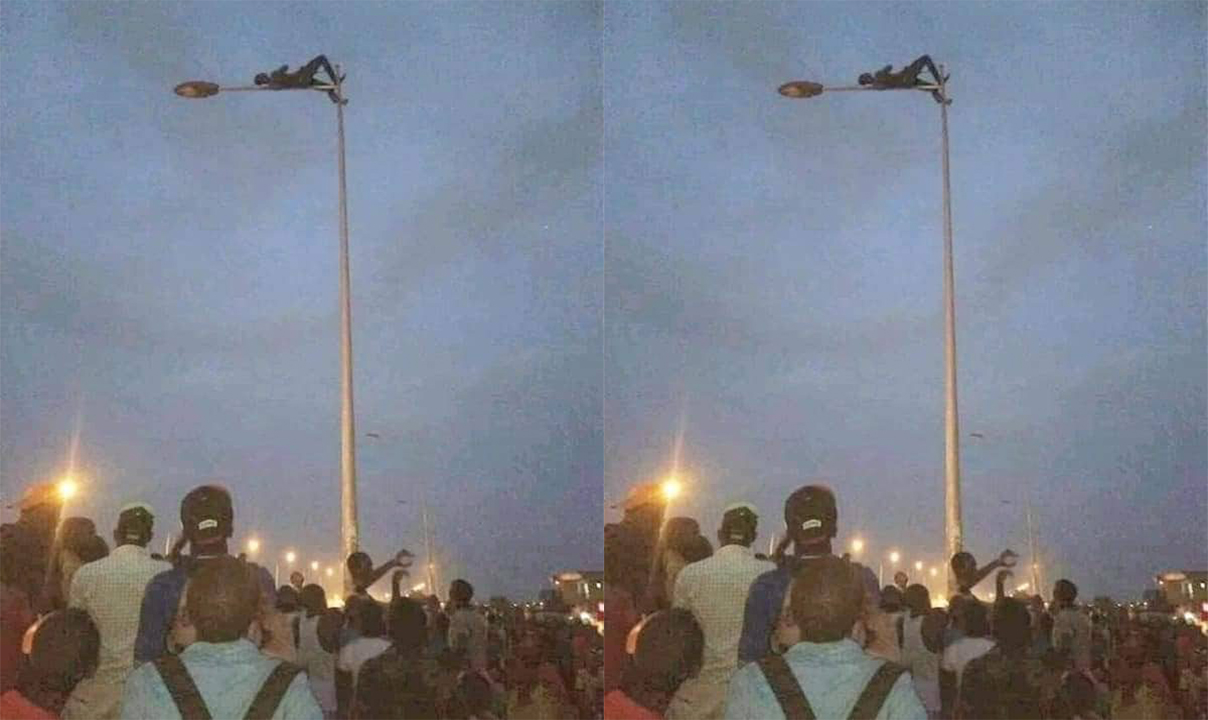 Robber climbs on top of a street light to avoid beatings

A photo trending online for the past 3 days on social media indicates that a thief went to the extra mile of climbing a street light to avoid receiving the beatings of his life.

According to several social media comments, the man in question stole a mobile phone and he was seen in the act.

There and then, people gathered to beat the hell out of him. But then in other to flee the suffering of the day, he took to climbing a street light to avoid being lynched.

In the viral photo, one can see the thief resting comfortably on top of the pole while numerous people gathered to take photos of him.

Also Read: 20 dresses that put Ghanaian celebrities on the map