Roverman Productions presents 'I Slept With Your Wife', grab your tickets now 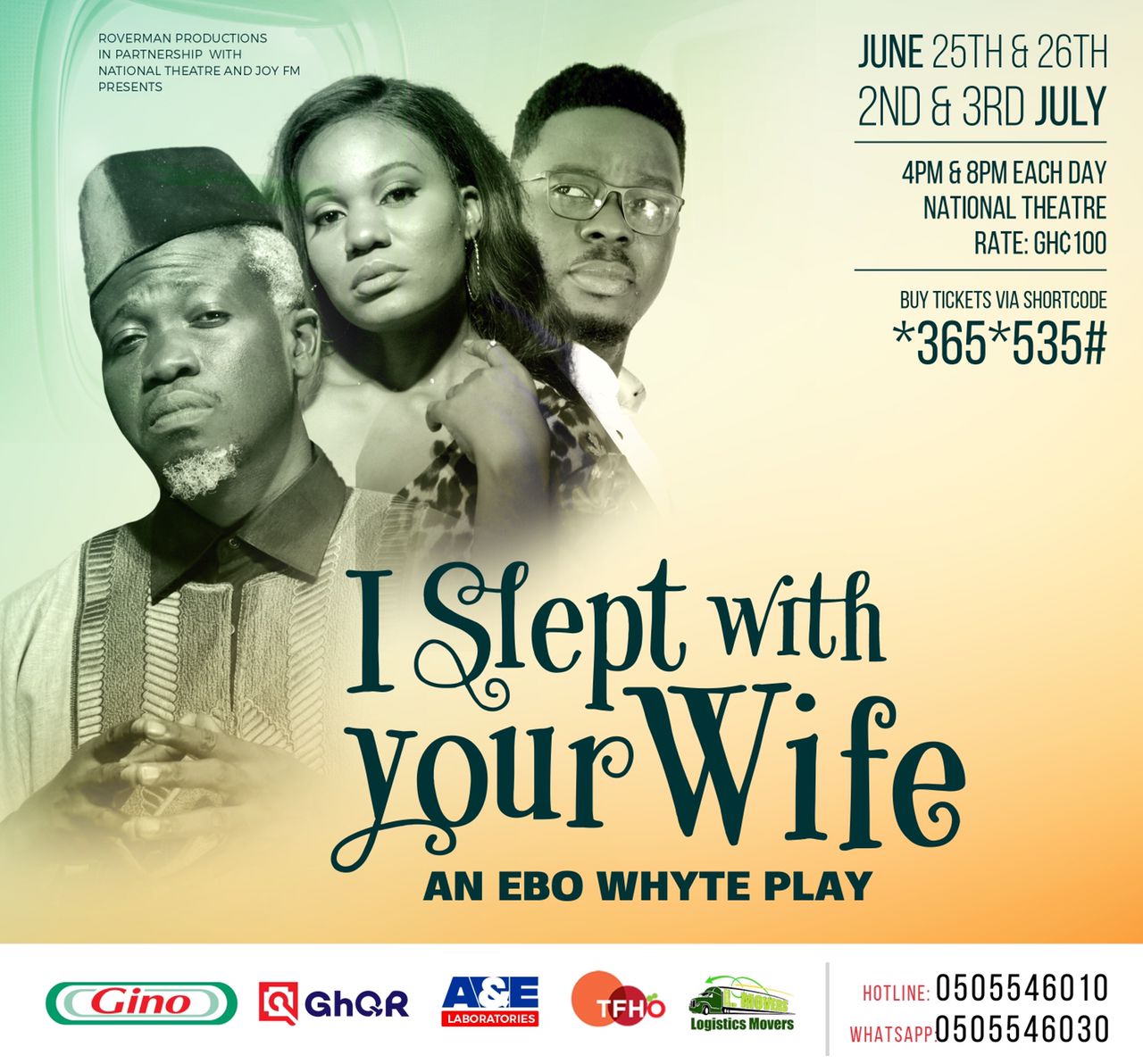 Ghanaian playwright Uncle Ebo Whyte and his Roverman Productions team are set to entertain Ghanaians once again with his latest play, “I SLEPT WITH YOUR WIFE”.

The play, which is set in an airplane, tells the story of Honourable Yonkopa, who is planning to have an incredible time in Tamale with his side chick, Naa.

Just as they board the flight, Naa discovers that a man she helped destroy is also on the plane. To make matters worse, Venus, Hon.

Yonkopa’s wife shows up on the plane before it takes off. What ensures is the craziest flight ever, as the plane endures turbulence, faulty engines and passengers willing to spill the beans before they die.

READ ALSO : Roverman's ‘TAKE ME TO THE MOON’ thrilled patrons at the National Theatre

Will it get worse? You guessed right. I Slept With Your Wife is a hilarious roller-coaster set in an airplane. It is a story that uncovers shady deals, preaches hope and turnarounds.

The Roverman Productions team is promising to go beyond their achievements this quarter, with a set that will blow minds.