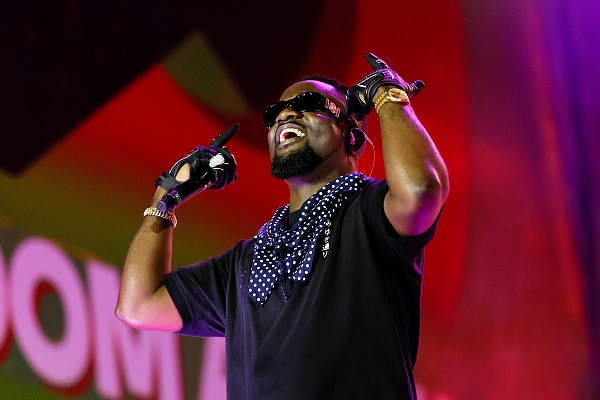 Multiple award winning rapper Sarkodie says he stands by his words "Nana toaso" in his Happy Day track released during the 2020 general elections.

Speaking on 3Music, he explained that it all began with the free SHS initiative rolled out by His Excellency Nana Addo Dankwa Akufo-Addo.

According to him, he has indirectly benefitted from the initiative as he previously was helping his mom in paying school fees for others.

“What I said he [Nana Addo] should ‘toaso’, I stand by it because I think I benefitted from Free Education directly and I have the right to say I endorse that because this is directly. My mum has these girls we’ve been supporting. At first, she would call asking me to help. I am not saying it is much but just the fact that I am not even hearing that, it came from that place. And I was specific about what I was endorsing.

READ ALSO: "There is a B side to Jamz album" - Sarkodie

He added that he knew the verse would be controversial but still stands by his word and won’t apologise for it.
“I knew the Nana Toaso part will be misconstrued but that is the music part of me."
Sarkodie will be releasing his 8th album titled Jamz on November 11, 2022.

According to him, the songs on the Jamz album will be the favourites of music lovers’ playlists.