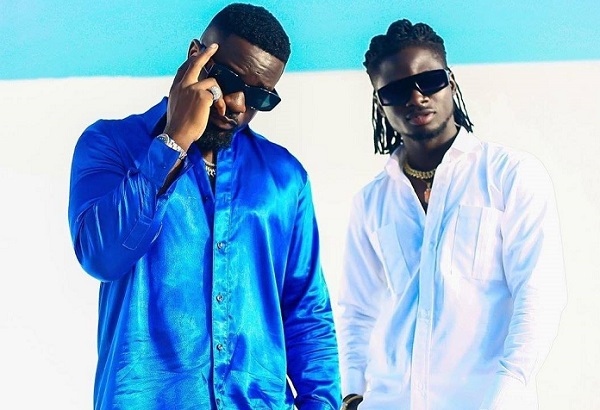 Ghanaian musician Kuami Eugene says should Sarkodie be paid for his ‘Happy Day’ song then he needs to give him his share.

In an interview on Hitz FM one on one show, Kuami Eugene stated that if Sarkodie gets paid for the song which has generated a lot of controversies then he needs to get his share.

READ ALSO: Sarkodie has been a trickster from day one - DKB

The 'Happy Day' song has become the talk of town as a verse in the song endorsed President Akufo-Addo.

Eugene was asked by the host if he would take money from Sarkodie should the NPP pay him for the song and he said he won't hesitate because the chorus he sang is his intellectual property.

"This is not even a question to even ask, it is about getting my waves if he gets paid, I will have to get my share of the money if someone owes, he pays you back’ he said".

Kuami Eugene said to the best his knowledge, there weren’t funds from the president or the NPP for the line that is seen as an endorsement.

Kuami Eugene after the public feedback has come out to say he knew nothing about the verse endorsing Akufo-Addo and says his management is working to clarify the issue.

He said Sarkodie only sent him the first verse of the song and he did the chorus but had no idea of an endorsement for Akufo-Addo, suggesting he had been played by Sarkodie.