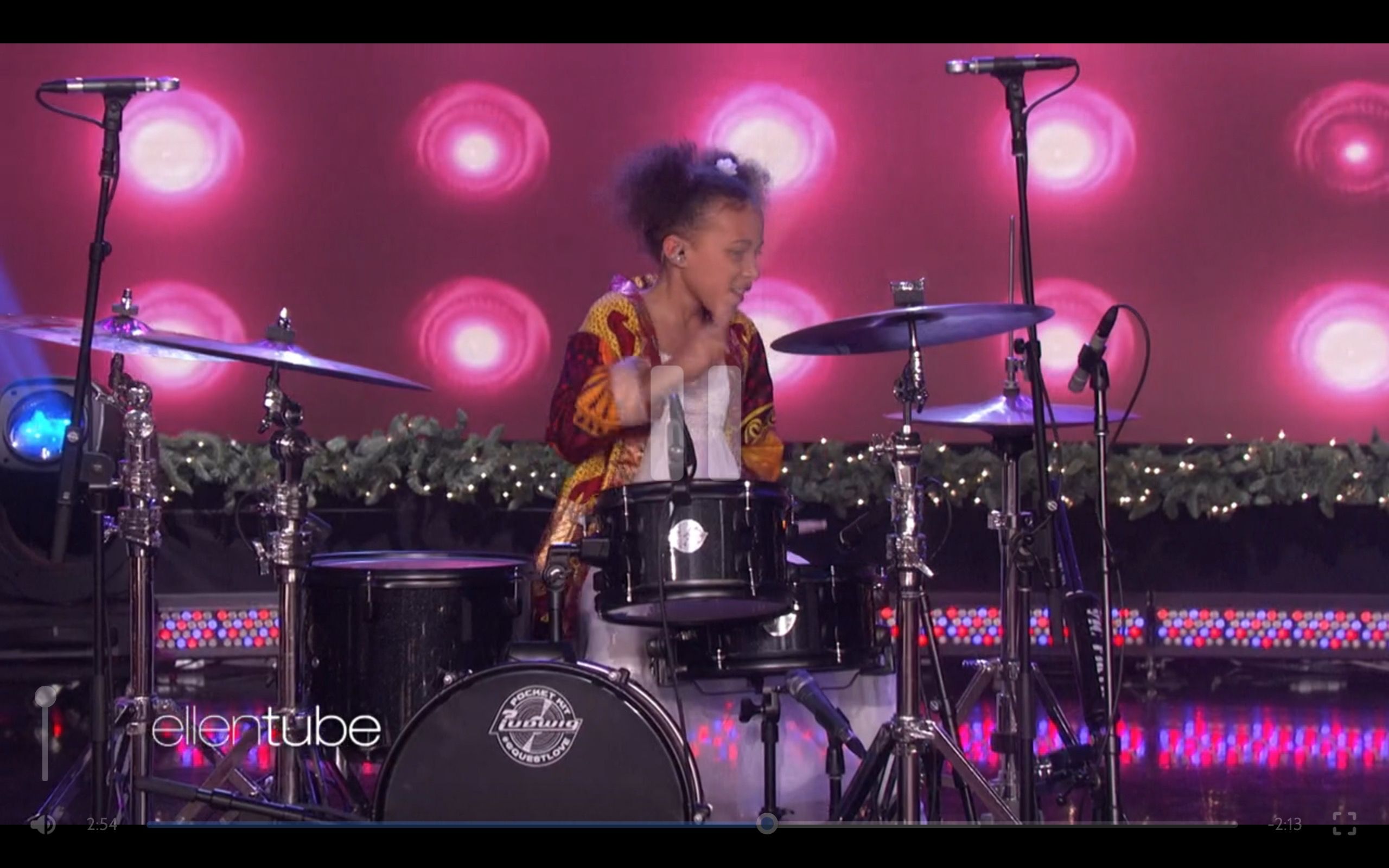 A nine-year-old South African-British drummer Nandi Bushell shared her talent with the world on the US chat show the Ellen DeGeneres show on Tuesday.

Nandi whose drumming passion started when she was aged five told Ellen she developed interest by watching bands.

She was motivated by the Beatles' drummer Ringo Starr who she grew up watching as he played the drums.

Nandi during the Ellen show performed Nirvana's song In Bloom.

Nandi has in the past attracted the attention of American singer Lenny Kravitz who invited her to one of his shows in London in June this year.

Lenny said he saw her Instagram videos and reached out to her.