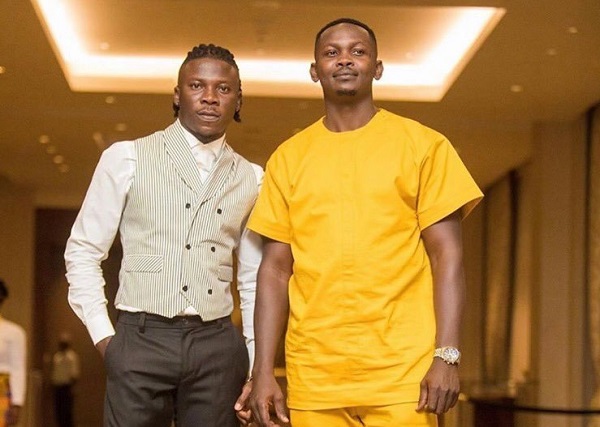 Dancehall artiste Stonebwoy has revealed that his long-time partner Blakk Cedi is no longer his manager.

Stonebwoy speaking to Andy Dosty in an interview on Daybreak Hitz on September 20, 2019, said Blakk Cedi is now his agent and not manager.

He said, “In every organisation, there are ups and downs…every team has things they deal with.”

“There have been structural amendments at Burniton Music Group and therefore, going forward, Blakk Cedi is now my agent. He is not my manager but he is more than a manager now,” he disclosed.

READ ALSO:  All you need to know about Stonebwoy and Kelvin Boy's alleged separation

Stonebwoy's revelation comes after several weeks of speculations that the artiste and his long-time manager had parted ways.

This some attributed to a row between Stonbwoy and his protégé Kelvyn Boy.

Stonebwoy unfollowed Kelvyn Boy on Instagram and this has led to widespread of speculations that the latter is set to leave the BHIM Nation camp.

Sources say for some time now there has been disagreements pertaining to the management of artistes on the label, particularly Kelvyn Boy.

Sources added that Blakk Cedi had been accused of allegedly mishandling funds of Stonebwoy and this had caused mistrust between the artiste and his manager.

Stonebwoy added that persons interested in doing business with him can either contact Blakk Cedi or himself for bookings.