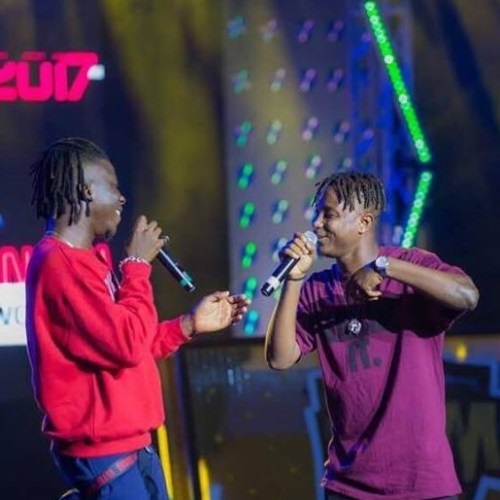 There have been rumours of Kelvin Boy parting ways with the Bhim Nation boss after Stonebwoy posted on Instagram raising concerns about how young artistes are not being patient and also ungrateful.

Stonebwoy shared a photo of his early days in his music career when he was Samini’s protégé to accompany his statement.

The post sparked rumours of his split with Kelvin Boy who is his protégé and though there is no confirmation that he was referring to him in his post, some fans have labelled Kelvyn as the ingrate Stonebwoy was addressing.

Checks on the Bhim President’s Instagram account reveals he is not following his protégé and this has further fueled rumour, pushing a fan to question Kelvyn Boy about what is happening and he has replied.

READ ALSO : My next album will be released in 2020 - Stonebwoy

Dropping a comment under a post by Kelvyn Boy, @bryson_helson wrote: “it’s never too late to clear the airwaves Anada. I seriously hate it when the people are trying to tag you as ungrateful lately!” In reply, the singer wrote“God Knows” and added an emoji to depict peace.

See the screenshot below.