New Parliament chamber: ‘Cost of one V8 can do wonders in my village’ - Samini shades John Dumelo 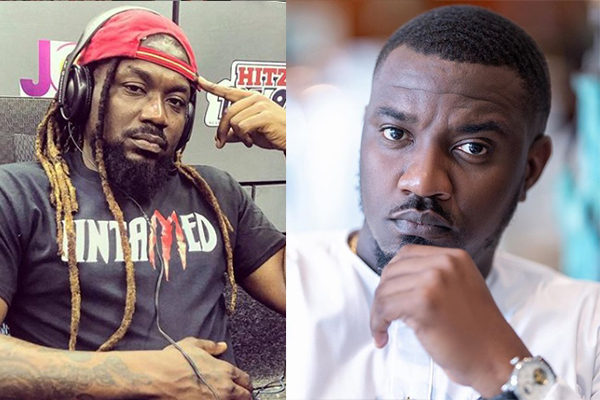 Dancehall artiste, Samini has subtly shade actor John Dumelo after the latter break his silence on the latest conversation over a new parliament chamber which is worth over 200 million dollars and it is yet to be built.

The dancehall artiste reacting to an earlier tweet from the actor subtly stated that the cost of One Toyota Land Cruiser SUV (V8) which has been alleged to be given to Dumelo by the then former President Mahama, can also do wonders in his village.

“Good point. The same way one #V8 cost can do wonders in my village boss. Did you try to keep it or they lied on you Chale .. Ghana wants to know.” Samini replied.

John Dumelo later hit back on the Dancehall artiste claiming he acquired that Toyota Land Cruiser SUV (V8) through his own hard work and not as reports suggested.

A social media campaign against the project has begun on Twitter with the hashtag #DropThatChamber.

The new parliamentary chamber will have a sitting capacity for about 450 when completed and will be constructed by the architectural firm – Adjaye & Associates.

It is expected to house facilities including diplomatic offices, a library, a museum, a church, a mosque, eateries, press conference rooms, galleries, a car park, an upper gallery garden, a post office and other facilities to complete the Parliamentary enclave.