Tickets up for sale for Nii Commey's latest play 'Potholes' 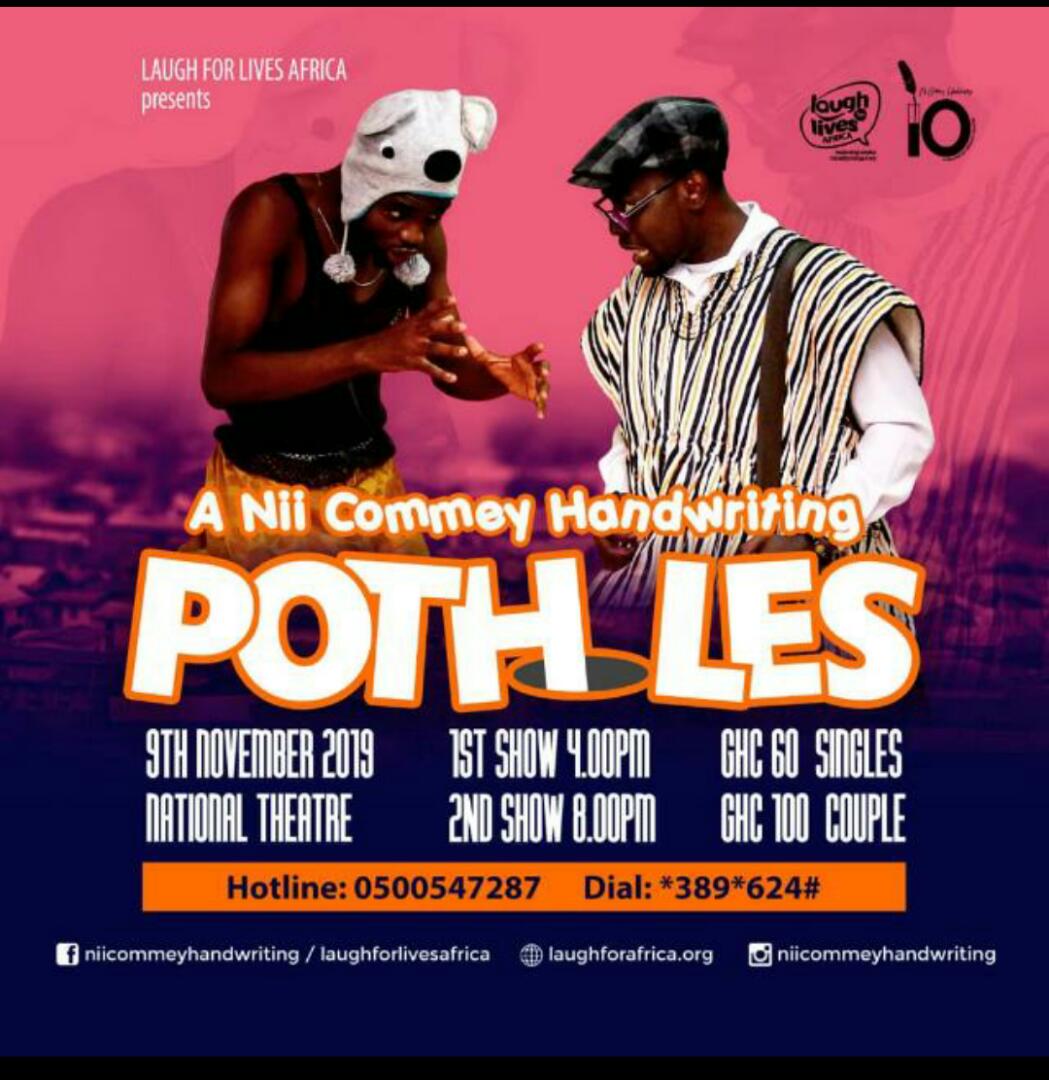 Tickets are up for sale for Nii Commey's latest play 'Potholes' which will be showing at the National Theatre on November 9, 2019.

The award-winning Playwright, Director and Executive Producer, Nii Commey will climax the celebration of a decade of authentic storytelling with his latest stage play, “Potholes” at the National Theatre come November 9, 2019.

"Potholes" is set somewhere in Ghana and attempts to identify the potholes we meet on the journey of life. While others throw in the towel; some forge ahead, manoeuvring their ways out the potholes; and yet others are also overawed by the depths of the potholes.

The satirical storyteller is not only acclaimed for his controversially exciting, attention-grabbing and pun intended titles but also his Midas touch in holding his audience spellbound with his lofty dialogues, witty stories, saturated plots, slapsticks, and socio-culturally identifiable characters.

In a statement issued by the Ghana 40 under 40 Theatre and Arts award winner, “Potholes” reminds us of where we are coming from, where we are, how we got there and where we intend going. is a true definition of African theatre with a global appeal.

“As a storyteller, I must contribute my quota towards national development through the stories I tell, entering into people’s minds, observing what others are overlooking, and setting agenda geared towards societal emancipation, revival, and transformation.” He said.

“ I believe “Potholes” is a play filled with an alloy of social, cultural, religious and political issues that have unbridled us as a society. That is why I especially invite everyone to the national theatre to experience an unusual organic play on that day. The play is going to provide patrons with a total theatre experience that will leave indelible memories.” He concluded.

So theatre lovers and patrons of Nii Commey handwriting, it’s time to once again storm the national theatre for a night of experiential theatre. It’s going to be a night to celebrate ten years of authentic organic storytelling.

Nii Commey Handwriting first announced his presence on the theatre scene in 2009, with his acclaimed jaw-dropping, knee-slapping, and captivating legendary stage masterpiece, “Romantic Nonsense”. This was followed by “You May Kiss the Corpse”, “Je M’aapelle Romance”, just to mention a few.

The writer’s versatility and the audacity to weave sensitive societal issues with the dexterity of his ink makes him the toast of many theatre lovers.