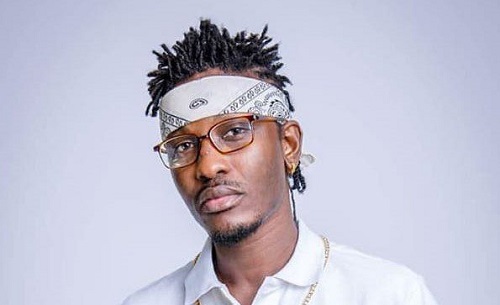 Tinny Aletse has called his colleague, Stonebwoy and radio presenter Mercury Quaye ‘fools’ for discussing his debts on live radio.

Stonebwoy, who offered to pay off those debts, was also called a simpleton lacking common sense.

Tinny’s interview with Abeiku Santana escalated when the host sought his (Tinny’s) opinion on a supposed GH2,000 debt Stonebwoy paid so Tinny could have his car back.
Tinny responded by calling the musician a fool, including everyone in the studio during the discussion.

“I saw a video of Mercury Quaye, another gentleman, and Stonebwoy entered the studio, and they said I owe whatever and then he (Stonebwoy) says he’ll pay.

“I realised that that room was full of fools. There wasn’t a wise person in there. I am telling you straight, I am on the radio, yes. I saw them as just a bunch of fools. A bunch of idiots, who have been given a chance to be on the radio.”

Oh but Tinny too why? This conversation escalated very quickly pic.twitter.com/K5XgvEXflU

Tinny went further to list each person’s fault whilst insisting that they deserved whatever he calls them.

“Mercury Quaye, no. 1, the topmost idiot. The other guy who also spoke about the issue is also a fool. And I wasn’t expecting my colleague, Stonebwoy, to join. Stonebwoy also joined the fools to be a fool.”

According to Tinny, he will not let Stonebwoy off the hook because he should have known better than join the bandwagon. He pointed out that as Stonebwoy’s senior in the industry, he once helped Stonebwoy and hence didn’t expect that from him.

“I will not excuse Stonebwoy. I will add them all together. They don’t have common sense. He is my colleague, he should know better. As a senior man who has helped you before,” Tinny concluded.