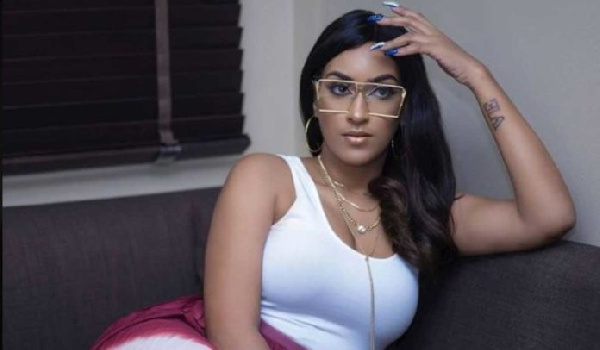 TV Africa have now apologized to actress Juliet Ibrahim after she thrashed the TV station and one of their presenters for talking about her failed marriage.

The actress took offence to a joke by the station's new presenter Akosua Sexy, who picked a gossip about her relationship on social media to talk about.

According to the host, Juliet couldn’t sustain her immediate relationship because she failed to maintain her marriage with Kwadwo Safo.

The actress did not take this lightly as she slammed the station and their presenters.

She also called out TV Africa, saying it is a "Dead TV station with dead ass TV presenters looking for clout off Juliet Ibrahim as usual."

The management of the TV station in a statement said;

"The Management and Staff of TV Africa have noticed the harsh words meted to you by one of our presenters Aba Guy Guy."

"While we understand her anger towards the generalization of your statement in response to our *Pae Mu Ka* show where another presenter Akosua Sexy, picked a gossip on social media to talk about (typical of the concept of the show which will not change), we think that this was indeed unfriendly and acrid. It is a departure from the gleaming and deferential style of the TV station."

"It is regrettable and we are thus remorseful for these acts. We have taken steps to withdraw the video from the social media page as a sign of correction."

"We, however, wished that you had not made the damning comments initially and the unfortunate comparative picture you posted."

"We are friends and this should not bruise our relationship at all."

"We are by this inviting you on our morning show *Breakfastlive* to discuss your book – A TOAST TO LIFE. Let’s make up."