#VGMA20 : A closer look at who wins what 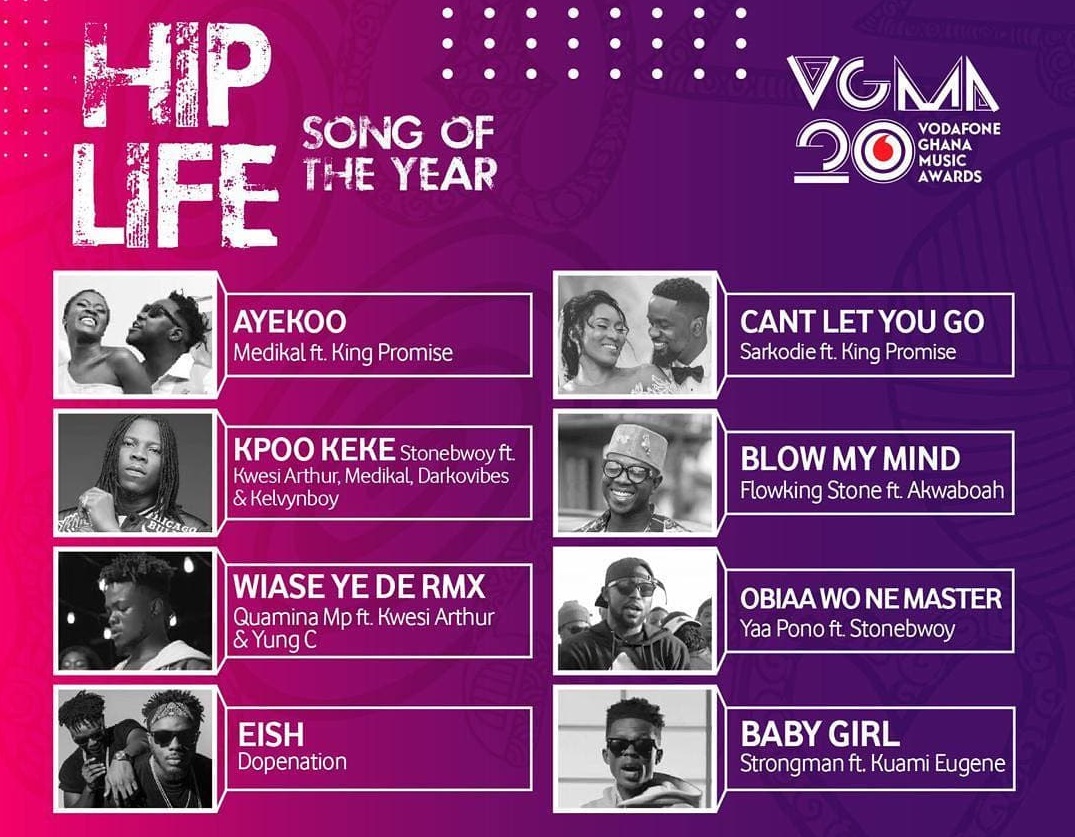 The Vodafone Ghana Music Awards (VGMA) season has already started today, March 15, 2019, as organisers of the event, Charterhouse teases fans and music lovers across the world with nomination list with social media users predicting who wins what.

This year, the VGMA turns 20 years and media personalities, music lover and fans of various artiste are expecting something big from Charterhouse, who has over the years treated Ghanaians with great shows.

Charterhouse today, March 15, has started posting artworks of the nomination list which is always of particular interest of to fans on who wins what at the main event.

The music awards always come with surprises and the competition is expected to be fierce this year because there are some great contenders on the list of nominations.

As we wait for the full list of nominations to be announced later in the day at the Labardi Beach Hotel;

Check out the first list of nominations and some possible contenders: 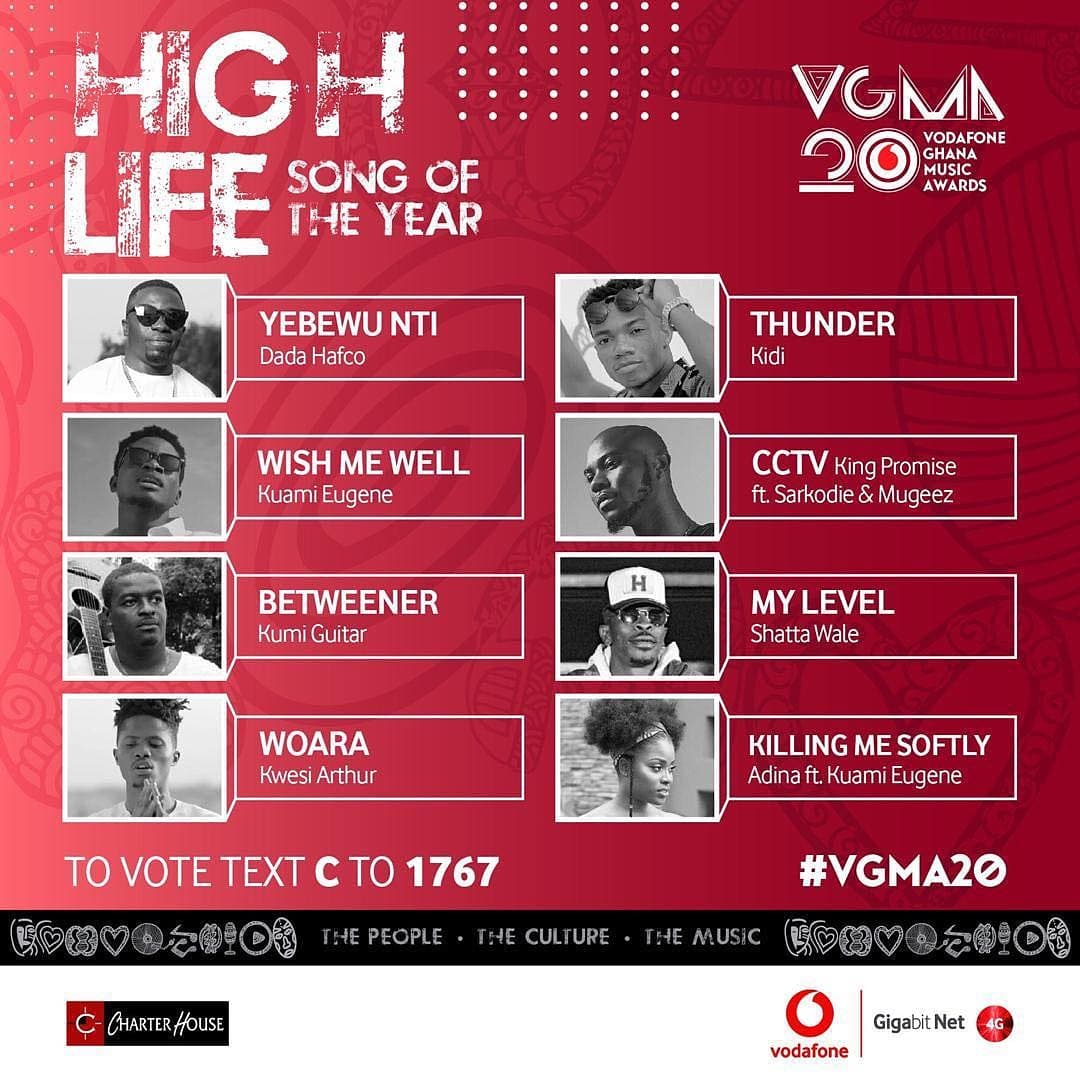 Kuami Eugene's star has been shining so bright that it can even blind you and should he win Artiste of the Year, it will be a fitting cap on what is set to become an illusion career. Kuami has been working his way to the top with the VGMA, and ever since his first appearance in the Ghana music awards in 2017 when he won the Unsung category.

His hard work in the music industry has generated some conversation with media fraternity that he deserves the overall Artiste Of The Year Awards. Let's wait and see who wins what.

KiDi won VGMA Highlife Song of the Year in 2018, with great hit songs like "Adiepena" and "Thunder", KiDi has once again nominated for the same category with his hit song 'Thunder' and fans and music lovers are vetting for the possible win. 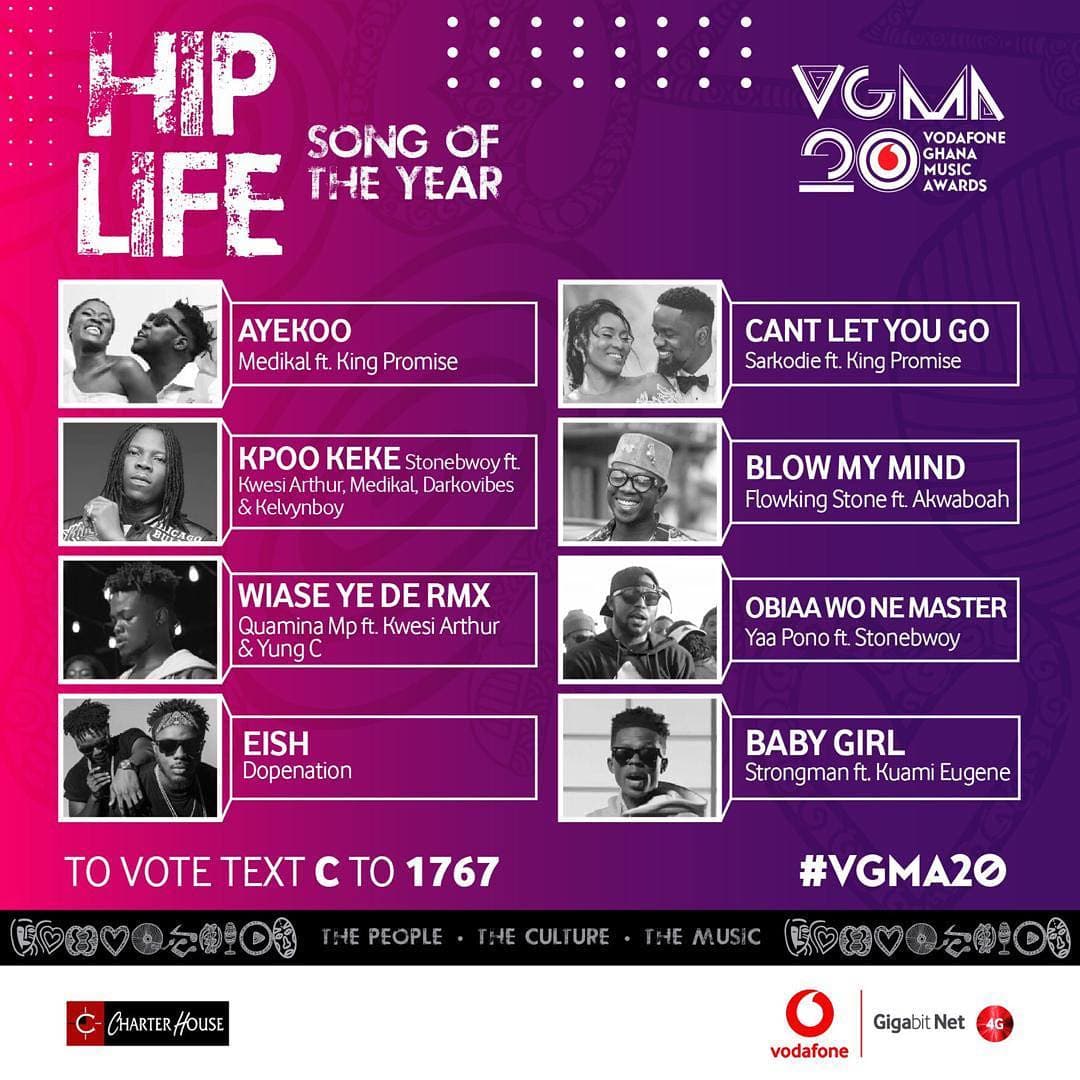 Sarkodie ever since his first appearance in the year 2010 has more Ghana Music Award trophies than any other Ghanaian artiste and gets a nomination every year. Sarkodie, as usual, has been nominated for the Hiplife Song of the Year with his hit song 'Can't Let You Go', a song he did for his wife Tracy Sarkcess after their wedding in 2018 and nominated for other categories like the Hip Hop song of the Year with 'Biibi Ba'.

Stonebwoy has worked so hard over the years with Ghana Music, The Bhimnation president has been nominated in the Reggae/Dancehall Song of the Year category and some fans on social media are of the view that his label mate, Shatta Wale's come back in the Vodafone Ghana Music Awards show will be a big challenge as to who wins what. 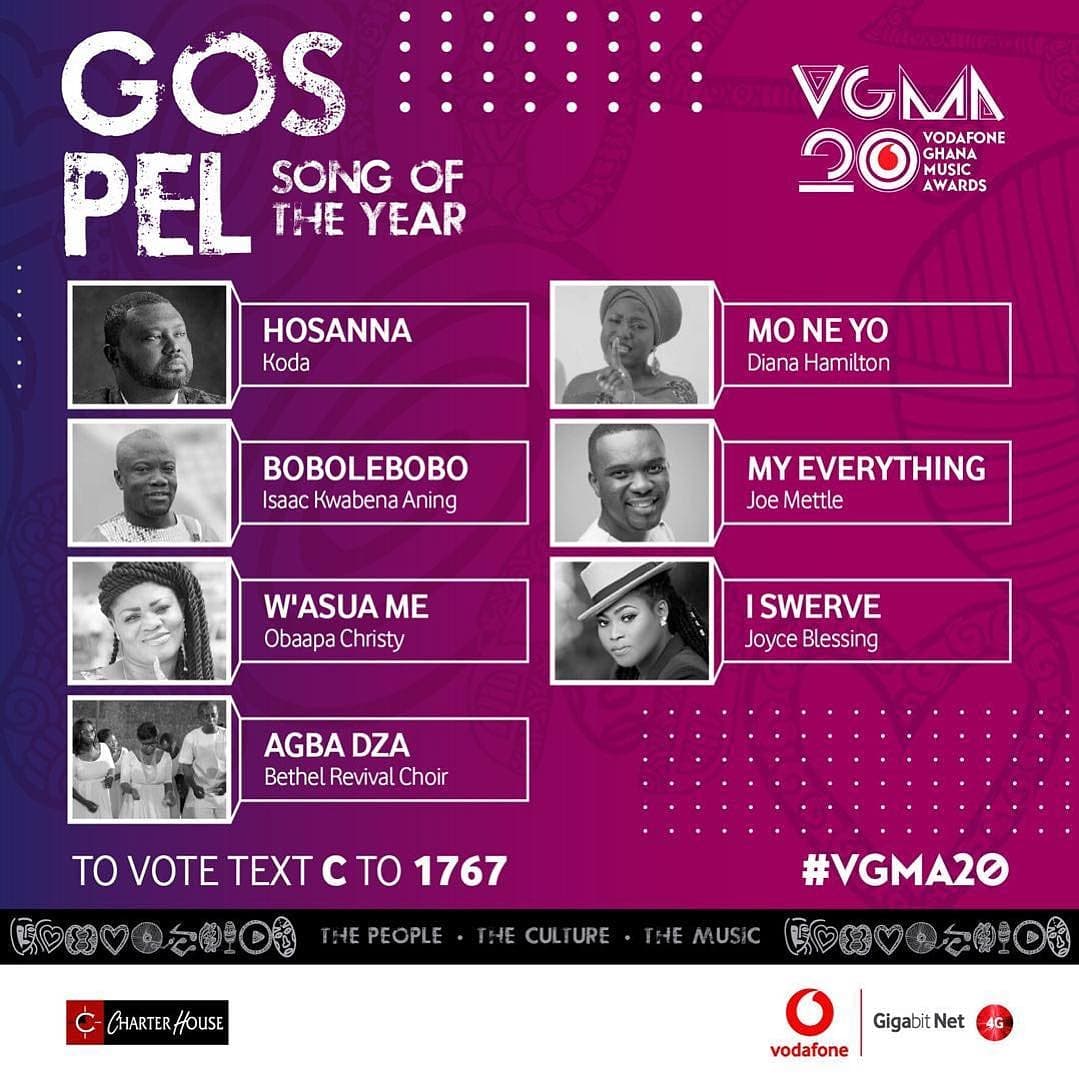 After taking some time off to have a baby, and be ordained a pastor, Obaapa Christy has made a massive return into the music scenes with some great hit songs.  It possible Obaapa Christy will take over from Joe Mettle to win the Gospel song of the Year with her viral song 'W'asua me' even though there are some contenders in the category like Isaac Kwabena Aning with Bobolebobo.

Not forgetting Zylofon Music's very own Joyce Blessing aka the 'Unbreakable', 'I swerve You' was the most popular song of Joyce Blessing as she has been nominated for the Gospel song of the Year category which also happens. 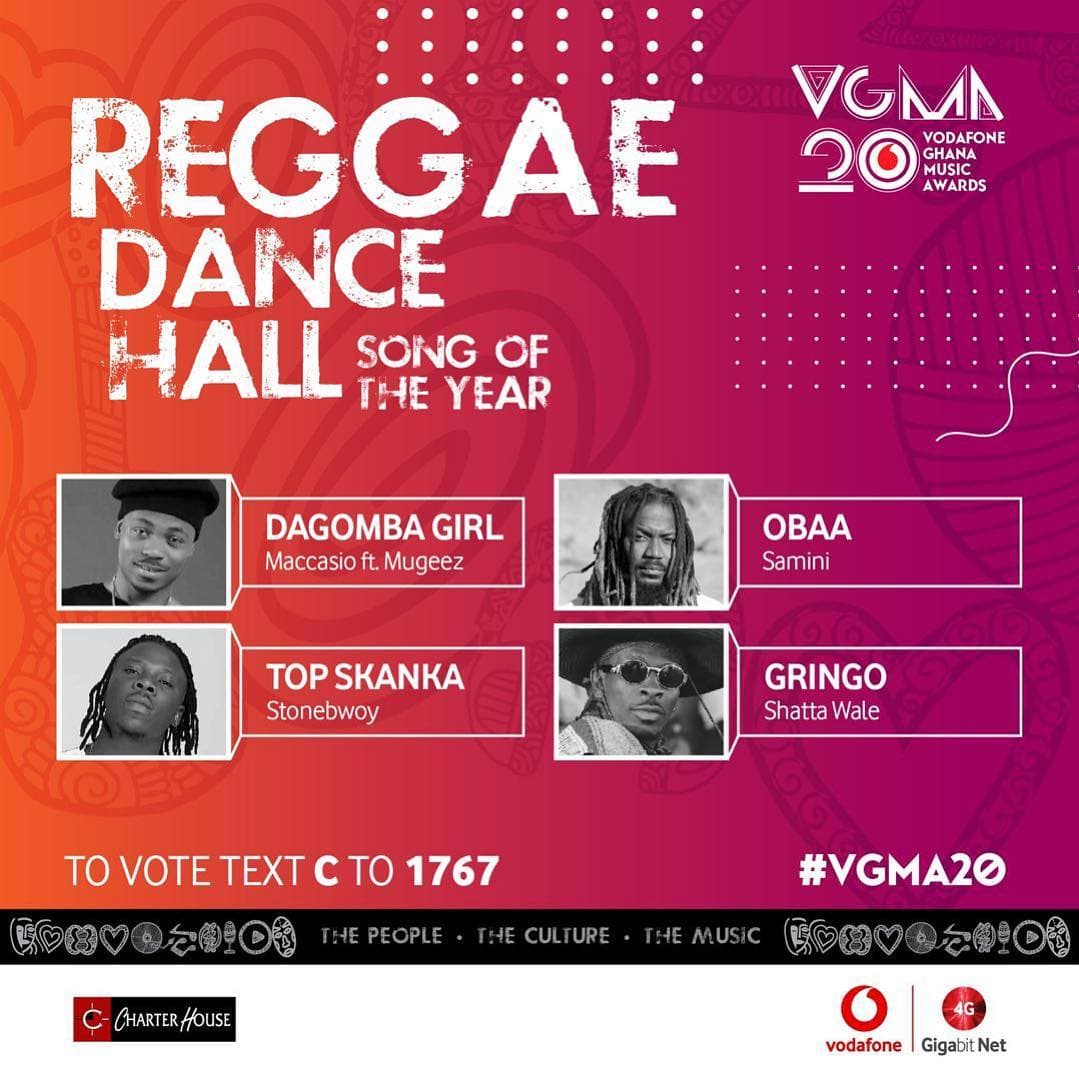 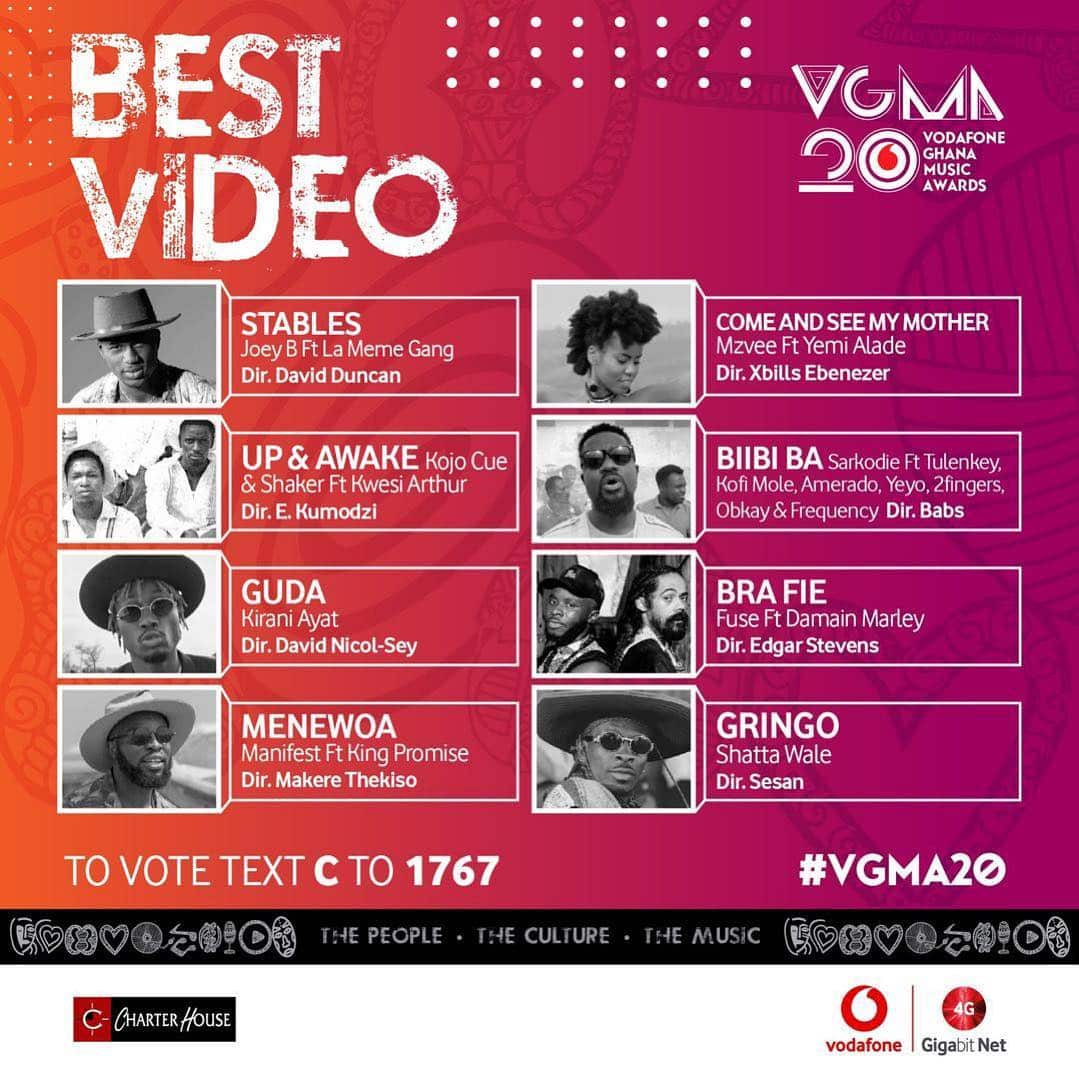 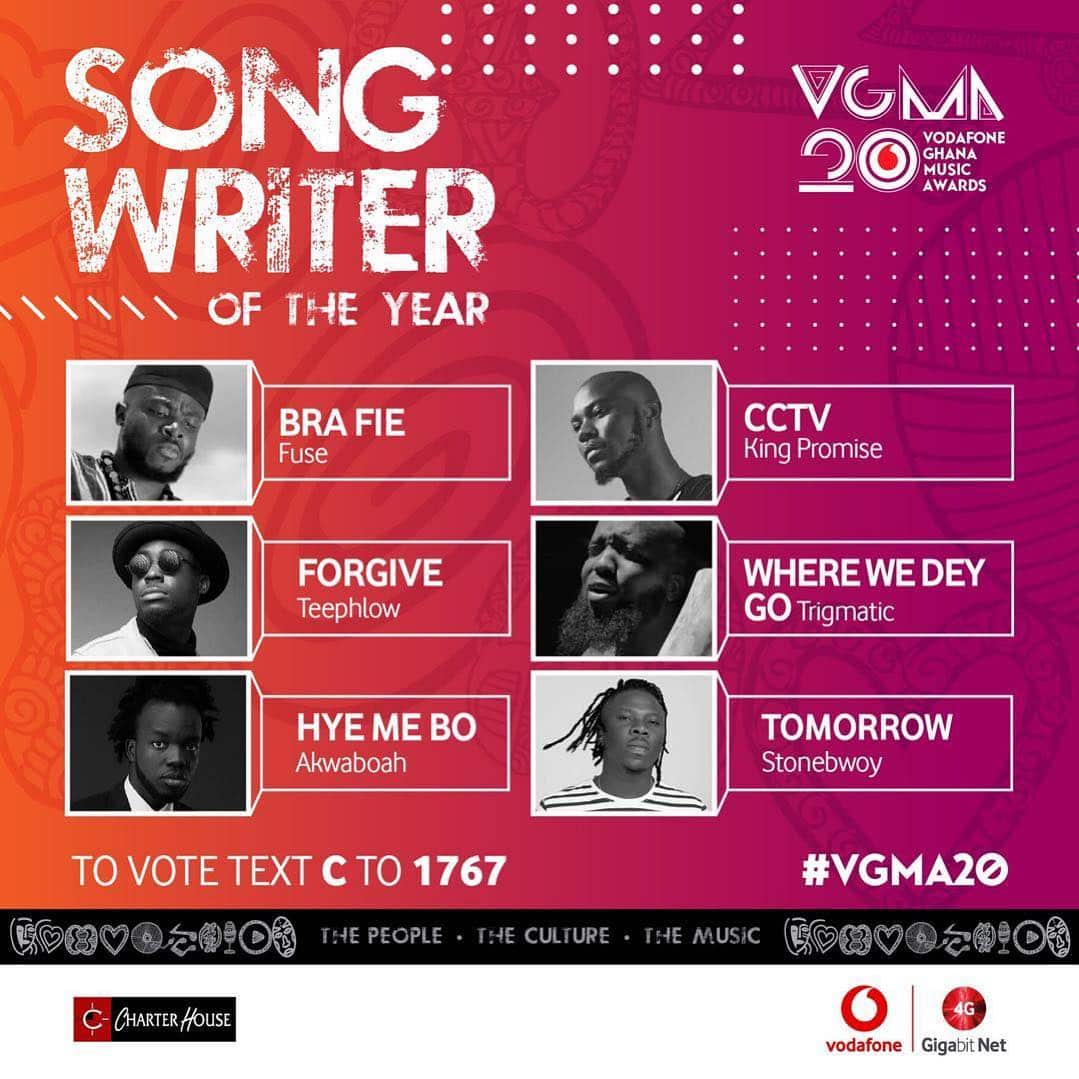