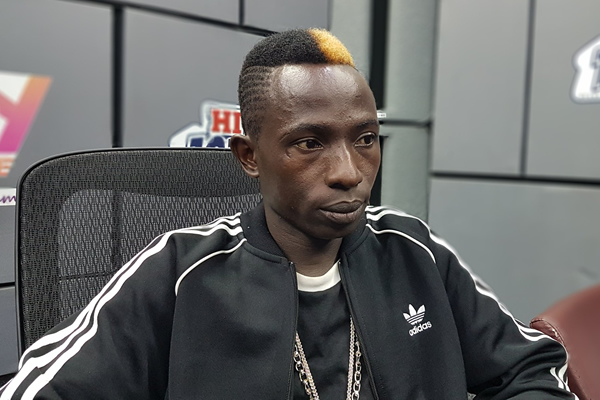 Ghanaian hiplife artiste, Patapaa is back from his European tour but refused to put a smile on not to talk of speaking to the media.

Patapaa was having a successful Europe until a video popped up yesterday, April, 2 seeing him performed to a  crowd of just three people.

‘One-Corner’ hitmaker who was welcomed by few fans and some media personalities at the Kotoka International Airport on April, 3 was seen with a long face.

His manager said he’s very angry and it’s obvious because of how he was heavily mocked for performing in-front of only 3 fans.

Patapaa is yet to tell his fans what actually got on his nerves upon his arrival in Ghana after a successful European tour.

Thank God for a Safe Flight ✈️ 🙏... Back To Homeland 🇬🇭🇬🇭🇬🇭 Sojas We Vex #Pa2PaSojas