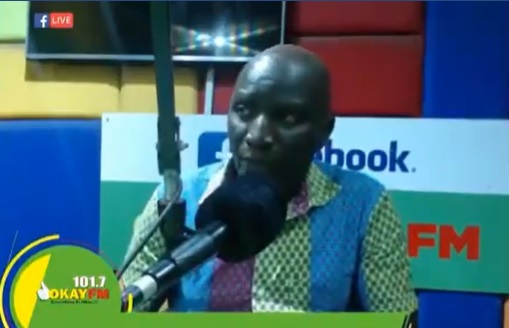 Socrates Safo, Ghanaian director, filmmaker, and Director for Creative Arts at the National Commission on Culture has voiced out his frustration at government's failed promises to the creative arts industry.

He denied knowledge of the government's readiness to cut sod for the construction of the Kumasi theatre a promise made in 2016.

The known NPP campaigner has been one of the people who have stood firm and drum home the need for Ghanaians to trust the government to fulfil this promise but appears frustrated in an interview on Okay FM.

Asked by Okay FM's Halifax Addo if he has knowledge of a sod-cutting ceremony in Kumasi for the construction of the said theatre, he angrily reacted and said he knows nothing about it.

"Halifax I don't know about this sod-cutting ceremony, I don't know so stop asking me silly questions. I have no idea about this because no one has called me to inform me about this ceremony, if it was true, I wouldn't be here. I am getting tired of this and I wish it is true because it is my wish"

Reports indicate that the Minister for Tourism, Culture and Creative Arts Catherine Afeku will be cutting sod for the construction of the theatre on September 5, 2020.

Construction of the Kumasi theatre follows the 2016 manifesto promise by the New Patriotic Party (NPP) that promise to construct nine large seating theatres in nine regions beginning with Takoradi, Tamale, and Kumasi.