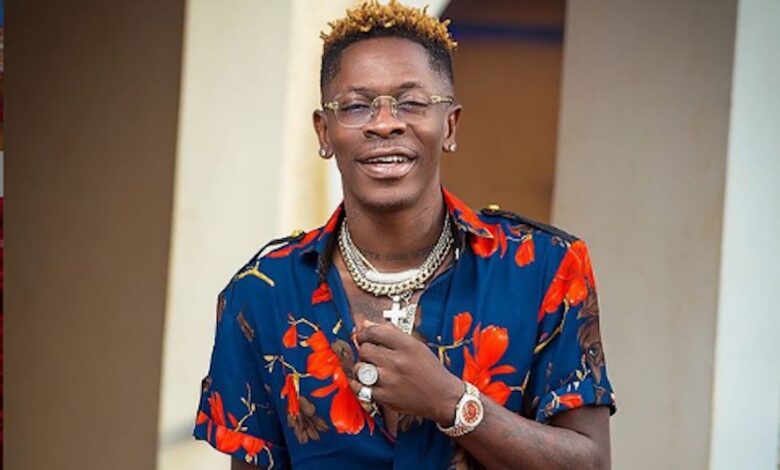 Dancehall artiste Shatta Wale has called out his fellow colleagues to voice out their concerns about the GHAMRO payments.

According to Shatta Wale, who was the highest earner of royalties in 2021, GHS30,000 as royalties from GHAMRO was an insult to his music career.

In a Twitter post, Shatta Wale urged that his fellow Ghanaian artistes voice out and complain about the system and the small monies they receive from GHAMRO.

He went on to say that if they do not share the same opinion as he does, they will soon face the same fate as he has and there will be nothing that could be done about it.

Shatta reiterated to some of the commenters underneath his post that many artistes still survive on endorsements and concerts but not on GHAMRO royalty payments.

READ ALSO: Use all royalties due me as tax – Shatta Wale tells GHAMRO

”30k is an insult to my entire music career!!! But this one as usual Ghana artiste will sit down and won’t voice out!!

"Ego reach your turn!!! I came out before most of your so-called artiste so start crying for them cuz truth be told we all not making any money here,” Shatta wrote.

This comes after the Chairman of the Ghana Music Rights Organization (GHAMRO) revealed on Tuesday that Shatta Wale received the largest royalties in 2021.

According to him, Shatta had over GHS30,000 in royalties. That, he said, is the highest amount of money GHAMRO has given out in its history.

Speaking on GTV on Tuesday morning, Rex Omar said Shatta Wale has not received his money because his team has failed to provide the needed account details.

“We did a distribution in December, and Shatta Wale was the highest earner. We spoke to his management to come and give us his account details so that we can send the money to him. We don’t know who to pay it to because we don’t have his details,” Rex said.