We make lots of money from online streams, we care less about gigs - R2bees 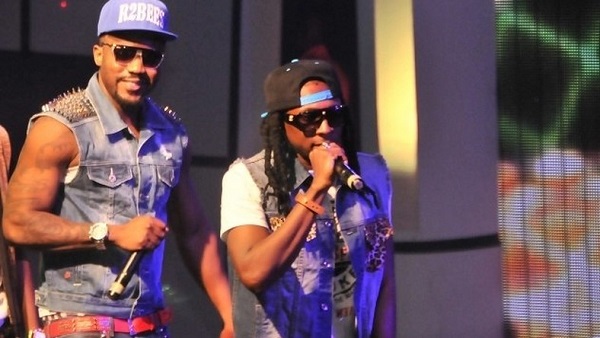 Rapper and member of R2bees, PaeDae has disclosed that R2bees is not concerned about show deals.

Unlike other musicians who struggle and push for shows, they choose to relax and focus on their music.

In an interview with Bola Ray on Starr FM, he explained that they make a lot of money from online streams and that is almost enough for them.

R2bees has always been a laid back group. They never rush neither are they ever desperate to stay relevant.

They release songs and go back to living their lives.

The group's focus these days is just satisfying their fans with songs they can relate to.

PaeDae affirmed this when he said, “Bola, you know something? R2bees, we don’t really care about shows, performance gigs naa, when it comes our way, fine, we would go and play but forcing ourselves to be on every stage is a no-no for us.

"To everyone that goes to stream our songs, we are so grateful," he added.