We need a Hall of Fame - K.K Kabobo 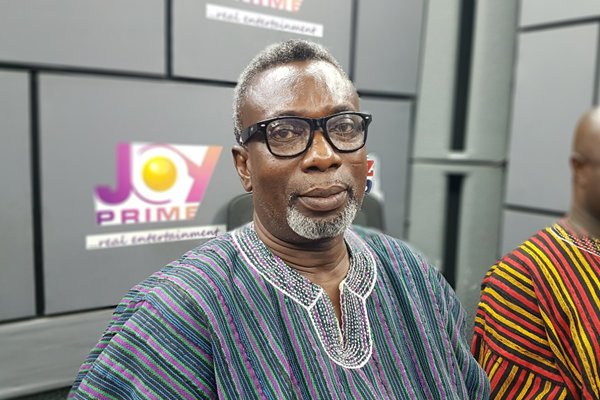 We need a Hall of Fame - K.K Kabobo
Shares

Veteran musician, K.K Kabobo, has called on industry players to create a Hall of Fame to help categorise the music genres and recognise their creators.

Speaking on Daybreak Hitz on Hitz FM, K.K Kabobo stated many artistes and producers have learnt to create their own style which even though may have traces of already existing genres of music, it is still unique and deserves to be a trademark on its own.

According to the artiste, he named a beat he created ‘Kabobo’ but failed to register it or make it a trademark.

“When I recorded ‘Nyatse Nyatse’ in 1989 it was a reggae highlife and I put my sound in the song. Many people did not recognise it, so in 1992, for ‘Oyame Ehu Wo’ I put the sound on the rimshot and now many people are using it,” he explained.

The veteran musician said many artistes including Obaapa Christy and Nacee are using it. “If I made it a trademark they would be paying royalties now,” he said.

George Darko travelled to Germany and brought back ‘Burger Highlife’ and ‘Akoo Te Brofo’. However, the Burger Highlife he played is different from those of Daddy Lumba and Charles Amoah.

Apologies for the catastrophe at 3Music Awards - Organisers

“So, do you classify all of them in one category as highlife,” K.K Kabobo quizzed.

The veteran musician claimed the older generation created different genres of songs but failed to categorise or register them.

“Somebody created the ‘Amponsah’ is he known? Kwaw Mensah created the ‘Kwaw’ sound and it was named after him.

“Odo Nso was created by someone who was in love with a lady at the palm wine joint. When he played his music, they called it ‘Odo Nso’,” he revealed.

The Hall of Fame, K.K Kabobo said, will help recognise the works of all the above-mentioned people.

K.K. Kabobo stated the younger generation through the Hall of Fame, will get to know more about the Ghanaian music and not confuse one with the other.

“You can’t call yourself a highlife musician when you are playing your own style of highlife maybe in the form of reggae. It is not reggae or highlife but there is this style that you have and when they hear it is still unique [and] can equally be a genre,” he stated.

Get a panel in the industry who will be checking those things, he reiterated.