Apologies for the catastrophe at 3Music Awards - Organisers 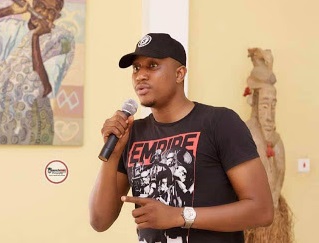 Apologies for the catastrophe at 3Music Awards - Organisers
Shares

Organisers of the just ended 3 Music Award has released a press statement apologising for the mishap which occurred at the Fantasy Dome last Saturday.

The organisers of the 3Music Awards failed to give patrons the best of the show as the event begun late and seats that were reserved for some special guests were occupied by other people.

While admitting that the project was an infantile one, the organizers stated that concerns of the events have been taken into consideration and apologized for the catastrophe at the second edition of the 3 Music Awards.

The Board also expressed their profound gratitude to stakeholders for their contribution towards a successful event. And congratulates all winners of the ceremony.

Below is the Statement:

The Board of 3 Music Awards wishes to express its profound gratitude to all stakeholders who contributed in diverse ways towards the success of the second edition.

We are particularly grateful to all our sponsors for the confidence they reposed in us, the artistes on the bill for their thrilling performance, our loyal patrons who trooped to the venue in their numbers and the media for their continuous support of a young, local initiative.

While expressing our sincere gratitude to all stakeholders, we also congratulate all award nominees and award winners for their respective efforts and excellence in the year under review.

Meanwhile, we have noted with seriousness, concerns of our patrons; both at the Fantasy Dome and those who keenly observed proceed on television. We wish to express our sincere apologies for some mishaps, particularly the late start of the show, as well as some of our VIP guests whose labelled seats were taken up by other guests.

The 3 Music Award is a growing project, which seeks to truly recognise and award excellence in the Ghanaian music industry. And as an entity which places so much emphasis on social media interaction with our patrons, we take their views seriously and we will strive to address some of the concerns they have raised moving forward, to make 3 Music Awards even better.

We can only get better through the constructive criticism of our patrons and the media, and we look forward to such reviews in the coming days.

In a related development, we wish to express our gratitude to the Almighty God, and personnel at the 37 Military Hospital for attending to the Chief Executive Officer of 3Music Network, Sadiq Abdulai Abu, who was rushed to the hospital from the Fantasy Dome just before the show started. By the grace of God, Sadiq is fine and responding to treatment. Doctors have however, placed him on further observation.

We look forward to a bigger and better 3 Music Awards in the future. We are here for the music.