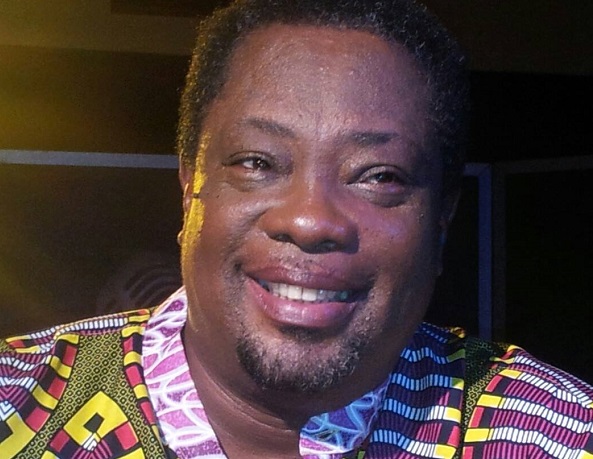 Zapp Mallet has produced several hits songs in Ghana and is regarded as one of the greatest producers ever in Ghana.

On his birthday Zapp Mallet speaking to RazzNews named “Ngozi”, a song he engineered as his greatest Ghanaian song of all time.

Zapp Mallet, was born on Saturday, May 23, 1964, in Accra. He had his secondary education at the Accra Academy from 1975 to 1982. He continued to the Kwame Nkrumah University of Science and Technology, Kumasi where he studied publishing skills for his bachelor’s degree.

Zapp’s earliest experiences in music were during his secondary school days when he played drums for the Accra Academy school band. At university level, he was able to add playing of the guitar and bass guitar to his art. He subsequently featured for various Christian groups with his art in Accra and Kumasi.

He begun recording in various studios before establishing his own studio and company; Title Track Productions Limited. He first started recording at the ARC Studios in Tema, he moved to the C.H.M Studio in Accra and later moved to Kampsite. Prior to owning his own studio he recorded at T.L.C. Studio.

Over the years,the celebrated Sound engineer has worked with various high-profile Ghanaian and international music artistes of various genres. Some of these artistes include; Kojo Antwi, Ofori Amponsah, Daasebre Gyamena, Nana Fynn, Becca, Irene Logan Nana Quame and Wutah all of the highlife circus.

In the hiplife circus Zapp has worked with Reggie Rockstone, Lord Kenya, Obour , and Akyeame. In the gospel genre he worked with; Tagoe Sisters, Suzzy and Matt and Helena Rhabbles. In the Reggae/Danchall genre,he has worked with Felix Bell,Black Rasta, Samini,Late Terry Bonchaka,Ekow Micah and Nii Lante.

He is recognized as one of the pioneers of the hiplife genre that started in the early 1990s in Ghana. Hiplife generally is a Ghanaian music genre that fuses some elements of hiphop with highlife.

The hiplife genre was founded in Ghana in the early 1990s. Zapp together with Michael Cooke coined the name hiplife when they were contemplating on what name could be given to the genre, they ended up with the name hiplife by blending the “hip” in hiphop with the “life” in highlife.

The first artiste to record a song with the highlife genre is known to be Reggie Rockstone. His album; Makaa maka was the first hiplife album to be recorded. Zapp worked on some of Reggie’s earliest recordings; agoo, Tsoo Boi and Night life in Accra.

Zapp argues that Reggie couldn’t be the only one to be credited with the founding of the hiplife music genre since there were others involved in making the music which include; the beat maker, the sound engineer, producers and others.

In 2008, Zapp served on the Opening and Closing Ceremony Sub-Committee of the Confederation of African Nation football tournament (afcon) that was hosted by Ghana. He served as the music director and guitarist for the burger concert highlife tour that was organized by the Goethe-Institut in 2008 as part of Ghana’s 51st independence day celebration.

He has served as a resident judge and guest judge on various music shows, some of which include; Stars of the future, Mentor, Nestcafe African Revelation and the MTN Hitmaker show.

He is a member of the Ghana Music Awards planning committee and a facilitator on WAPI; an Art showcase and interruptive platform organized by the British Council. Zapp’s interest is in the fusion of different genres of music such us Rock, Jazz, Orchestra and Pop blended with African rhythms to create new sounds.

Zapp’s works have been recognized and awarded on various platforms. In 1994 he was adjudged; best Instrumentalist by the Entertainment Critics and Arts society of Ghana. He was adjudged Recording Engineer of the Year in the 2002 Ghana Music Awards.

Zapp has been a source of inspiration to many sound engineers in Ghana, notable among them are the legendary Hammer of The Last Two who was inspired to begin his career in sound engineering after meeting Zapp Mallet and seeing the equipment in his studio during the period when Zapp was recording Reggie Rockstone’s album and multiple award-winning sound engineer Kaywa.

In 2019, he revealed his intentions to contest for presidency of the Musicians Union of Ghana (MUSIGA). He was later on disqualified because he had not held an executive position in the association.