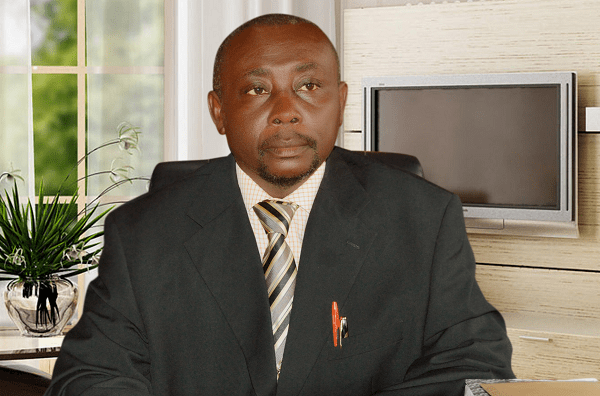 The love of Santaclausians (Old Boys of Adisadel College) for their alma mater is well known in Ghana and beyond!.

There is a strong sense of solidarity and belonging within the fraternity. This translates into a zeal with which Santaclausians of all age respond to the call of service to the school and has often been questioned by many who simply wonder why? It is never lost on the Santaclausian to love his fellow and accept him as a brother regardless of generational gap, tribe, political or social inclination to name but a few.

Such love that binds Santaclausians together is usually a common sight at social gatherings - weddings, funerals, parties etc. where they congregate in their numbers to support a brother and to sing their school ode with such passion and enthusiasm that springeth deep down from the soul itself!

Perhaps a trip down memory lane would help unravel the strong bond between Santaclausians and their Alma Mater. Founded on the 4th of January 1910 in a storey building at Topp Yard, under the shadows of the famous landmarks of Anglican Cathedral Church Of Christ and the Cape Coast Castle, it was modelled on the typical English Public School structure.

Originally christened Society for the Propagation of the Gospel(SPG)Grammar School, it would later become St. Nicholas Grammar School and finally Adisadel College, when it moved to its current location on the hill.

From the humble foundations laid by its founder The Rt. Rev. Dr. Nathaniel Temple Hamlyn of the Anglican Church, Adisadel evolved into a fertile ground for grooming boys to believe in themselves and be forthright in pursuing greater heights. A significant turning point in the school occurred between 1932 and 1935 under the headmastership of Rev. Alan John Knight who was described as a great reformer.

He was the first to ever constitute the Board of Governors, defining a governance structure for the proper administration of the school. Remarkable amongst his exploits was the relocation of the school from Topp Yard to its current location.

The pride of old boys and their subsequent right to ownership emanates from the fact that the students themselves laboured to build the initial structures of the school under his direct supervision.

Indeed many traditions of the school trace their genesis to that era. The famous Cement Party featuring the serving of gari, sugar & milk soaked in water organised on Sunday afternoon after the thanksgiving service every speech day commemorates the camaraderie that was exhibited then. Students were refreshed each day after working on site with same ingredients.

The popular school ode, “Adisadel on the hill” was also composed by a student at that time with words carefully selected to instil discipline and a positive desire to achieve results against all odds. These are but a few of the underlining themes that have provided a strong bond between school and students(past and present)! Santaclausians since time immemorial have been driven by the strength and courage exhibited by that “pioneering group" who laboured to build the school to be audacious. Aspiring to stand out amongst peers and be even different, the quest for excellence has been relentless even in the face of adversity. 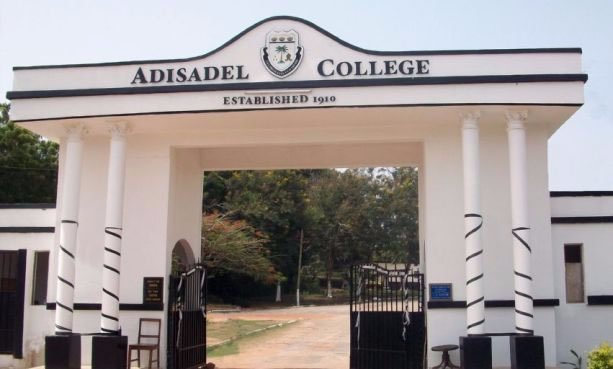 From these snippets of history, one would not be far from right in appreciating the character and persona of the immediate past headmaster, Mr William Kusi Yeboah affectionately called KUZAY.

In his rather unique and authentic style, he pitched the voice of Adisadel high and reaffirmed its enviable pride in academia as exhibited by the sterling performance of the school at the National Science & Maths Quiz competition. Adisadel has been finalists 4 times in a row in the most recent editions, first runner-up in 2015, Champions in 2016 and second runner-up in both 2017 and 2018.

In the words of the French Philosopher Albert Camus, ”A project chronicles an experience, providing a blue print for future success”. That is exactly what he did with the National Science & Mathematics Quiz! Bringing together Old Boys with the requisite expertise, they have not only mentored the boys but also supported the coaching team on their journey of discovery. 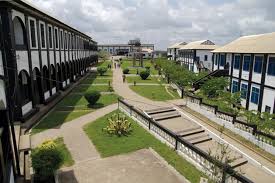 The result is the creation of a sense of anticipation among Old boys at the commencement of the competition over the past 5 years. The journey did not simply end with winning. It provided an impetus for more learning and growth.

Though the last 2 finals have been tough on us, the foundations laid would hopefully ensure another quest for glory this year inspired by the words of the American Tennis Great Billie Jean King “ Champions keep on trying until they get it right"

In recognition of the outstanding performance of the school at several finals, the main sponsors for the competition acknowledged and presented a citation to the school during its 25th-anniversary celebration.

Academic performances have not been limited to the competitions front. There has also been a significant increase in the number of students gaining admission into tertiary education. Prior to 2016, it was a challenge for a student to obtain an A grade in English Language. Providing the requisite tools and learning materials garnered the commitment and dedication to duty of staff.

Today, the results speak for themselves with several As being achieved on a regular basis. 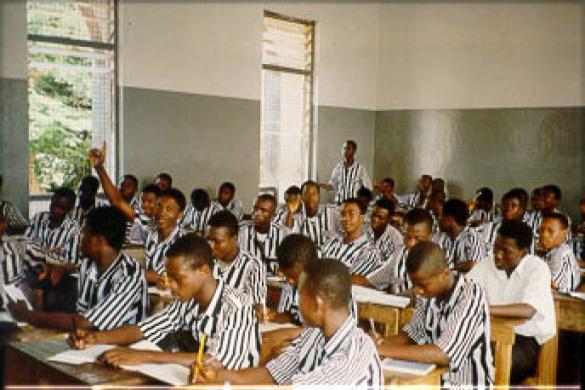 These achievements did not simply fall from the sky like pie. A fundamental responsibility of the headship of an institution like Adisadel is to harness social capital as the driving force of the spirit of self-help.

Many of today's structures bear the prints of the valiant efforts of past generations for God and country. Today’s generation has a responsibility to live up to the expectation on which Hamlyn our founder rests his hopes on. In this direction, Kuzay crystallized the words of Chris Grosser “Opportunities don't happen, you create them”.

As a manager and mentor, he arranged for both teaching and non-teaching staff to undergo in-service training with 2 teachers benefitting from a training program in USA and Germany, being exposed to new ideas and thinking.

A member of the 1977 year group, KUZAY won several laurels for the school as an athlete. Upon his appointment as headmaster on the 1st of August 2014, he presented a vision that was in close alignment with that of the founding fathers, defined by the trinitarian principles of discipline, dedication & devotion.

As an ardent believer in discipline as a sine qua non for lifetime achievement, he instituted among other measures, communication in English by all students at all times, decent dressing and proper grooming and time management for both student and teacher. He also encouraged active participation in all college activities as part of a holistic approach to personal development. He led the way in showing respect for authority by conducting himself in a worthy and acceptable manner always.

In the area of infrastructure, he leveraged on the enthusiasm of the old boys to improve existing facilities. Immediately he took office, he commissioned a technical team of engineers to correct a structural defect and refurbish Jubilee House, one of the living units saving it from imminent closure. Additionally, several staff bungalows in very deplorable state were remodelled by the 1990 and 1994 year groups to provide decent accommodation for the teaching staff.

The existing dining hall was also remodelled by the 1992 group to provide extra capacity to seat 2000 students to absorb the government flagship free SHS program.

PTA washrooms located at Katanga and Leopoldville were also refurbished. There was also massive refurbishment and expansion of students’ washroom facilities all over the campus. He also saw to the upgrading of lighting systems all around campus to improve security. Kuzay as headmaster was instrumental in initiating an arrangement that secured the school a 60-seater Tata star bus from the erstwhile Unibank Ghana Ltd in 2016 to replace an old bus also donated by a section of the old boys. Indeed, the recently donated Hyundai H1 bus by Ernest Chemist was another contribution he engineered from the distinguished Santaclausian, Ernest Bediako Sampong a member of the 1974 year group of Knight House.

Earlier on, he had on behalf of the school received drugs worth over GHC25,000.00 from Ernest Chemist to stock an infirmary built by the 1991 year group during his tenure as headmaster.

Under his leadership, the school also witnessed tremendous improvement in sanitary conditions on campus. He made keeping of the lawns a priority and supervised the planting of ornamental flowers to enhance the beauty of the school campus. Waste bins were provided by CCMA, Zoomlion and other stakeholders for use in the dormitories and other strategic locations to maintain a healthy living environment.

Albert Camus further posits that “Every achievement is a servitude compelling us to a higher achievement”. Kuzay ensured the school lived up to its enviable reputation as a powerhouse in the annals of Inter Colleges Sports. He took particular interest in the sporting curriculum of his students resulting in the school maintaining its first position secured at the 2015 inter-school zonal athletics competition for the years 2016, 2017 and 2018.

It is arguably one of the greatest honours for a Santaclausian to follow in the footsteps of the Paa Colos in heading the school and occupying the Acropolis to fulfil the aspirations of the Anglican Church as conceived in 1910.

Kuzay has played his part and will forever be remembered. His record speaks for itself – the man who implemented the government's flagship free SHS policy and administered the double track system successfully at Adisadel whilst making monumental strides in enhancing the quality and delivery of learning.

Today, we honour your valiant effort, echoing the words of Robin Sharma “where victims see adversity, extreme achievers see opportunity”. Whatever happens from now and wherever the destination of your career, we have no doubt in our minds that you would continue to make a difference touching numerous lives in a very positive manner.