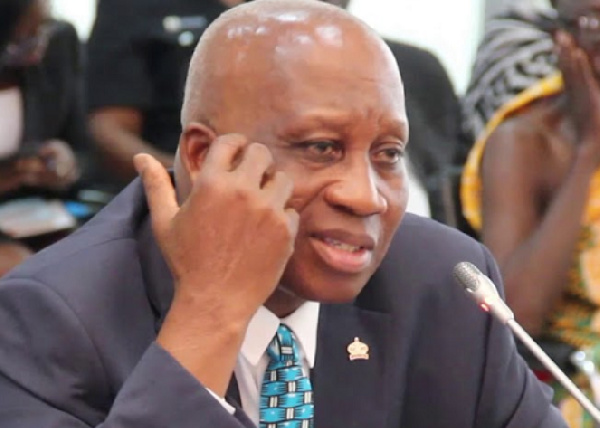 My last encounter with my brother Samuel Marful-Sau was when the two of us decided to attend the funeral of another dear brother, the late Charles Obeng- Mensah, the former Chairman and Managing Director of Union Oil, at the companyâ€™s head office in Accra on 29th August 2020.

Itâ€™s been already one full year month, yet it feels like just yesterday, reminiscing today on how we sat together in church (St. Mark Methodist Church at Darkuman), listening to glowing tributes being read in honour of Obeng-Mensah.

Samuel Marful-Sau was not an ordinary friend, thinking through our relationship in school, specifically as sixth form students at Navrongo Secondary School, through the University of Ghana and even after graduation in the early 80â€™s. Although we entered the University of Ghana the same year (1979), he graduated before me, because of the different programs we read.

Such is life. I wish we could change this unwholesome relationship we have with death. Unfortunately, we cannot, so brethren, let us simply learn to get used to it. The easiest solution I can propose is that we should discover God, as our consolation, when death eventually deletes us from this world one after the other. I am very proud to say that Marful-Sau discovered his Maker a long time ago, and Iâ€™m sure he will never regret making that decision. He managed to convince me to do likewise when he visited the United States on an official visit in 1993, as the two of us, plus a doctor friend of mine, drove from Chicago to New York.
I entreat all of us to follow our brotherâ€™s wise decision to discover God so early. It is never too late to take this bold step he took more than three decades ago.

Unfortunately, despite the strong bonding between us, we could not frequently socialize together in public because we both understood the thin line that we had to respect, considering his professional life as a Supreme Court Justice, and my private life as a businessman and a politician, especially in this part of the world. Our interactions were thus limited to telephone calls. Our closeness was such that we agreed to save each otherâ€™s name as â€œKwasea-Kwaseaâ€ on our phones, a name we affectionately used for each other from school days upto his demise.

This is just a partial personal tribute for my brother, and Iâ€™m writing it with torrents of uncontrollable tears flowing down my cheeks this dawn. I can go on writing volumes about this forthright, family man and god-fearing gentleman that I so much cherish and respect. I wish I could get the opportunity from the family to submit a formal full-blown tribute to honour my brother from another mother.

Rest in Perfect Peace, my brother. Kofi, Damirifa Due!!