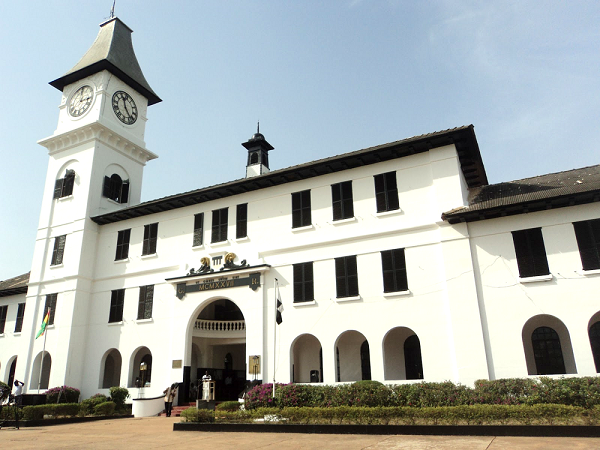 The incident happened on Thursday 19th March 2021 when two boys in dreadlocks were asked to cut down their hairs before joining their colleagues in school.

While the likes of Hon. Ras Mubarak, former MP of Kumbungu, Mr. Kofi Asare, Executive Director of Africa Education Watch and several other have heavily criticized the school authorities for asking the boys to cut dozwn their hairs, I remain among the few who believe that the school authorities never erred taking that decision.

The legal tussle
The basis of the argument against the Achimota School authorities is premised on the constitutional provision in Article 28(4) of the constitution of Ghana which states that,

"No child shall be deprived by any other person of medical treatment, education and any other social and economic benefits by reason only of religious or other beliefs".

The question I ask, then, is whether the two boys were denied admission on the basis of their religion. No, they were not! They were only asked to cut down their dreadlocks in accordance with the school rules and regulations and get back to school.

It must be emphasized that they were they were not denied entry to join their colleagues because they are Rastafarians as people would want the public to believe. After all, one can still be a Rastafarian for those three years in school without the dreadlocks just as I am a proud Catholic, with or without the holy rosary around my neck.

The turning of the two students by the school authorities to cut down their hairs was rather deeply rooted in, and in conformity with Article 14(1) of the constitution of Ghana. This article stipulates that,

"Every person shall be entitled to his personal liberty except in the following cases:...
(e) for the purpose of education and welfare of a person who has not attained the age of eighteen".

The above provision of the constitution duly triggered and exercised by the school authorities of Achimota School forms the basis upon which school children below eighteen years are given strict dress codes to adhere to in schools from basic level through to the second cycle.

GES Directive
The Ghana Education Service has, in an expected surprise, directed the headmistress of Achimota School to call the two students back to school with their dreadlocks. On page 13 of the Daily Graphic in the Saturday 20th March, 2020 edition captioned "GES orders Achimota School to readmit Rastafarians", the Director General of the GES directed that "The student is a Rastafarian and if there is evidence to show that he is a Rastafarian, all that he needs to do is to tie his hairs neatly". A very bad precedence it is!

Would the GES allow students from the traditionalist background under a priestess apprenticeship move around in school and to class with these white and red clothes, long plaited hair with beads on ankles, powder on face and walking barefooted? Wouldn't this directive by GES open the floodgates for other students emulate and grow dreadlocks under the guise of Rastafarianism?

During last year's WASSCE, the West African Examinations Council scheduled some papers on Saturdays knowing very well that it was a blatant infringement on the rights of Saturday worshippers. Till date, no arrangements have been made for the SDA candidates who defended their faith by their refusal to write those papers on Saturdays. Remedials WASSCE popularly known as NOV/DEC since time immemorial have had papers scheduled on Saturdays. Is it because their voices were not loud enough as the Rastafarians?

Implications of the directive
Admission of the students wearing the dreadlocks means that the principle of uniformity in schools have been defiled. With the GES's disregard of Article 14(1), students should no longer be forced by school authorities to wear school uniforms to class if they so wish.

Female students may also choose to plait their hairs and take different hairstyles to school because forcing them to cut their hairs down amounts to infringement upon their rights.

It is absurd how the GES keep insisting on the rights of students while curtailing that of their teachers. Thankfully, this 'ruling' by GES must be an emancipation from the dress code for teachers as stipulated in the Headteachers Handbook. Teachers should also have the right to wear any clothing of their choice to school and with any hairstyle.

Conclusion
In all this brouhaha, I have never seen or heard any police or military recruit take dreadlocks to their training school. One can either cut the hair to meet their code or leave. Why is that not against the rights of the recruits?

Inasmuch as we are entitled to our rights, there are always few exceptions and more importantly, note that if you go to Rome, do what the Romans do.