All about infrastructure and no values in political wrangling 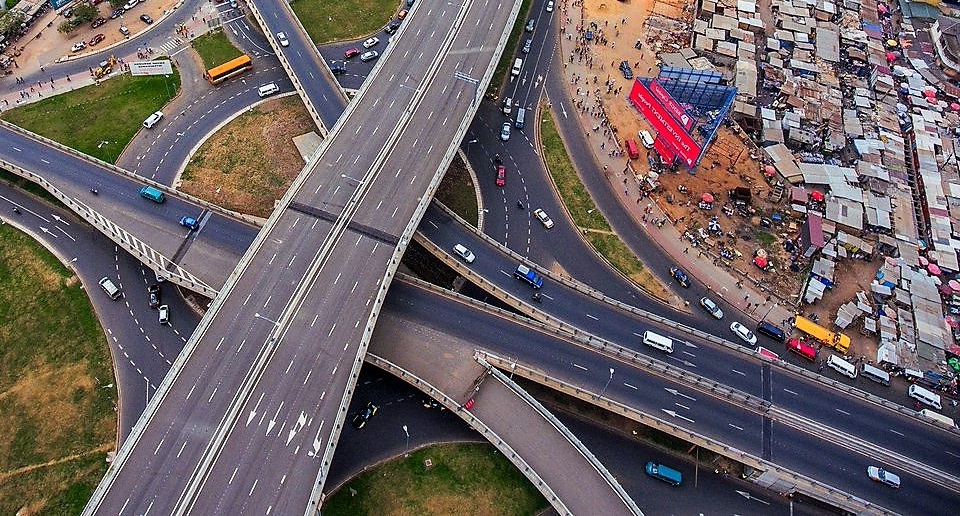 EVERY four years, Ghana goes through a ritual known to one and all as elections. Not many of us have the time, space or inclination to ponder on its mission, character and assumptions. Elections are supposed to help us define what we want. Sadly, we have turned the opportunity into a â€œwhoâ€ instead of â€œwhatâ€ situation.Â

So far, all the squabbles between the government and opposition have been about who gets elected; even the internal party primaries hardly mentioned character and values, let alone policies.

Elections are supposed to be a celebration, a festival; the culmination of our efforts to consolidate democracy in our country. Democracy is not just a form of government; it is a process by which we decide where we want our country to go and how to get there. The choice of who we select to lead us must be based on what they promise to do when in office.

Luckily, on this occasion, we have a rare opportunity to size up two people who have both served as presidents. The prospect should fill us with gladness enough to send us to the ballot with a song in our heart and jump in our step.

An election must remind us, as most of our festivals do, of how and why we got here. We must remind ourselves these days this is the longest period we have gone in our history without being woken rudely by a military voice announcing the takeover of our lives beginning at six oâ€™clock this evening. This political festival must be anticipated with joy, especially for first-time voters.

For all of us, it should be the equivalent of putting on our finest clothes to offer our little ballot as symbolic present to the god of democracy.

On the contrary, what we see these days is a ritual of menace and fear whose purpose is separated from the peopleâ€™s aspirations. Politicians of all parties have turned the logic of elections on its head so that instead of enjoying our democracy we go into elections with fear and trepidation. We hear of marauding vigilantes ready to tear down their enemies; we hear talk of going to war and burning Ghana; there is hate talk and panic-inducing nightmares.

Meanwhile, we are bullied by politicians into accepting that we are enjoying ourselves, but what the mouth cannot say the heart feels, so we know the reality even if we donâ€™t say it.

The hard truth is that outside the small charmed circle of politicians and the media who live in their own bubble, elections donâ€™t mean much. Of course, people are swept into the excitement of the carnival when it comes to town â€“ rallies, campaign songs, scandals and insults.
When you donâ€™t have much to do, these things can fill in the hours before your sleepless nights. These rallies are supposed to let you know why you are essentially poor and cannot afford a good meal a day, but they never do.

So, here we are. The ritual has been delayed by Covid and the same uninvited guest ensures that this year things will be different. But the ritual will be the same. One big part of it will be the usual infrastructure fuss which has already began to edge towards centre stage. This is how it goes.

The President and his party will announce that they have done so many kilometres of roads in all kinds of places, built schools, hospitals and clinics, and markets. The opposition will dispute all of this citing itself as the builder of most of the projects that would be there for all of us to see, while declaring others to be nonexistent.

Look out also for a ritual-within-ritual known as sodcutting. The President will cut swords as if the nation depends on sod for its oxygen, which it probably does. Sodcutting intensifies as the election nears to the extent that the Big Man will probably cut one for you if you have a spare hanging in your back garden!

It is all meant to impress. It has started. Vice President Dr Mahamudu Bawumia is good at this game and was at it last Tuesday when he claimed that the government has initiated 17,334 infrastructure projects since its assumption of office in 2017. As at this writing, the NDC has swiftly responded describing Bawumiaâ€™s claims as â€œa compendium of blatant falsehoods, plagiarised Mahama projects and a comical celebration of mediocrityâ€.

This was all expected so nothing new or surprising in there. But does any of this matter to us? It is a very simple matter: we donâ€™t have much of a say in what actually gets done. That has been the sad experience of our governance over these three decades.
The two sides will squabble over infrastructure because we need infrastructure in the form of roads, hospitals and schools to lead fulfilled lives.

But infrastructure means little if we lack what it takes to make them fulfil their roles in our lives. For example, roads are meant to enable us to travel in safety and comfort but that will not happen without discipline on our roads. What is the point of building roads that take more than two thousand lives, most of them due to human failings every year?

We build schools that produce unemployable graduates; we build hospitals but good health care is beyond the reach of the vast majority of our peopleâ€¦

The â€œdebateâ€ over infrastructure is a distraction from the conversation we must have as a nation at a time like this. Of course, it is easier than the one we NEED, which must be about values. Values are things not seen; you cannot point to values as you can at roads and bridges; you canâ€™t count them.

But it is that very quality that makes them priceless. We can have all the roads, schools, hospitals and the like in the world but without values we will struggle in vain.

When are we going to discuss the priceless values of culture, discipline, time management, accountability and integrity, which are more important than brick and mortar? If I can promise one thing during these campaigns, it is that you will strain your ears in vain if you want to hear about these values. Sterile debates about infrastructure will excite politicians and the media but truly they will not mean much for most people.

If democracy is to yield the development dividend, all of us must use it to emphasise the best we can take from everyone and put it together for the common good. That was the aspiration that drove people to fight for democracy in this country.

The infrastructure debate tends to obscure the fact that we have not made the best out of the opportunity to develop the integrity factor which alone will determine the future progress of this country. How do we build the Ghanaian character that can withstand the lures of corruption and theft of public goods and services for their own use? How do we use education to instill the values of patriotism in selflessness in the next generation?

Donâ€™t get me wrong. We need infrastructure, and lots of it but they will not automatically produce what we want unless we work at it. We need human capital to drive the use of infrastructure and by human capital we should mean people imbued with the values of active citizenry and patriotism. If this is not done, we will simply undermine the expenditure that goes into infrastructure, like fetching water in a leaking basket.