Amedzofe! 'Ambulance down in the valley!â€ 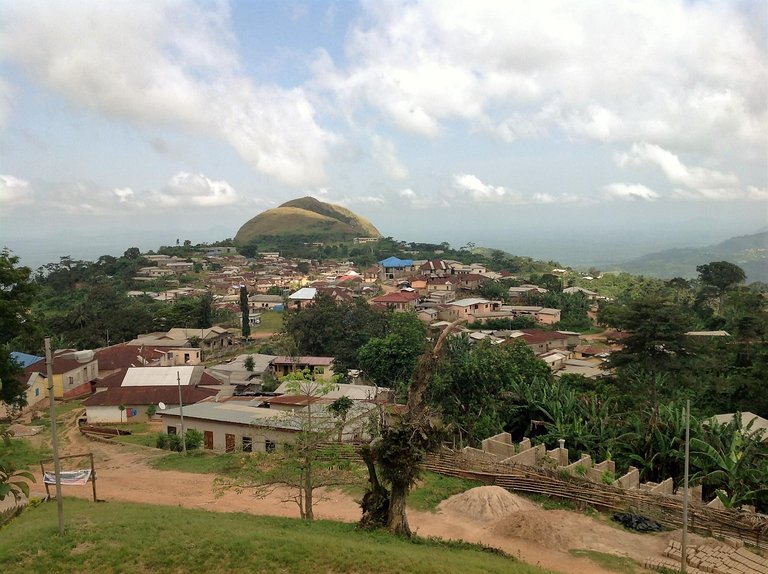 Recently, the mountain town of Amedzofe was in the news following the commissioning of a water project for the town and its environs.Â

This reminded me of my trips to Amedzofe for mountaineering with my cadets starting from 1985, and an article I wrote, parts of which read as follows.

In his famous 28th August 1963 speech â€œI have a Dream,â€ assassinated American civil rights activist Dr Martin Luther King mentioned the Stone Mountain of Georgia, among other iconic places. On a visit to Atlanta, Georgia therefore, I decided to visit the Village of STONE MOUNTAIN.

As I looked down the beautiful surroundings from the summit 1,686 feet above sea level, my mind raced to Mount Gemi at Amedzofe. I first climbed the 2,242ft Gemi in the mid-1980s.

The first time we drove to Amedzofe in the Ho West District of the Volta Region, my mind went back to the 1895 poem â€œAmbulance down in the Valley,â€ by the English poet Joseph Malins.

The climb from Dzolopkuita to Vane-Avatime was difficult. Worse still, the road from Vane-Avatime to Amedzofe was/is a steep and dangerously narrow one, cut into the side of the mountain.

Historically, Amedzofe is famous for its Teacher Training College (now College of Education) established by the Bremen Mission of Germany in 1846. The name Gemi for the highest point of Amedzofe mountain is an acronym for â€œGerman Evangelistic Missionary Institute (GEMI).

Amedzofeâ€™s cool, temperate weather influenced the German Missionaries to settle there as they moved northwards from the coast in the then German Togoland.

In Malinsâ€™ poem, he talks of a village on top of a mountain like Amedzofe. As they climbed up, some villagers slipped and ended up in the valley below either dead or semi-dead with injuries. When finally a prince slipped and died, the villagers met to find a permanent solution to the problem. Opinion was divided.

A minority thought the best solution was to build a fence which would stop villagers from plunging down into the valley if they slipped.

The majority however thought a better option was to position an ambulance in the valley which would convey casualties to the hospital, dead or alive.

Finally after weeks of haggling, an old man called the village to order.

He admonished them stating categorically that, though the majority is often deemed right, in some cases like the one at hand, the majority was wrong.

He educated the villagers that, preventing accidents from occurring by building a fence was better than the negative solution of repairing the results of avoidable damage/death by positioning an ambulance in the valley.

After his convincing argument, a fence was built thus ending the frequent disaster of villagers falling into the valley.

Unfortunately, the daily acrimony of insults, threats and violence brings to mind Malinsâ€™ poem in which prevention is emphasised as better than cure.

The French political philosopher Voltaire stated that â€œMan is rational, in that he can think; not in that, he does!â€ Perhaps, the thinking of the villagers supports his claim.

Having already done over three scores of the Biblical three-score-and-ten yearsâ€™ allocation given us, I am still baffled by human nature. Greed, Ego and Selfishness appear to drive us, with Humility relegated to the back-burner.

Any policy maker or implementer with conscience who watches TV3 and Joy FM TV programmes showing villagers drinking muddy water with cows must be touched.

We have been told that, over sixty years after independence, we must have run short of excuses. However, water and sanitation continue to be a major problem.

Ghana must have a national conference to develop a national plan/ideology within which political parties must operate either left or right of centre, but in the same direction.

The current situation of different party manifestos informing Ghanaâ€™s direction temporarily is untenable for national development. The number of abandoned projects and changes in our secondary school system with change in governments attest to this.

In a democracy, administering fellow human beings by a government entrusted with state resources temporarily is not Rocket Science, if it is done selflessly and with integrity. Leaders are to solve problems and not explain why they cannot do things they promised to do.

As President Kennedy said in the early 1960s, â€œif a society cannot help the many who are poor, it cannot save the few who are rich!â€

Simple, humane commonsense shows that, â€œbuilding a fenceâ€ for protection/prevention ensures a better society than putting an â€œAMBULANCE IN THE VALLEY!â€