Anny Osabutey writes: Beyond the Return must not be suffocated like we did PANAFEST 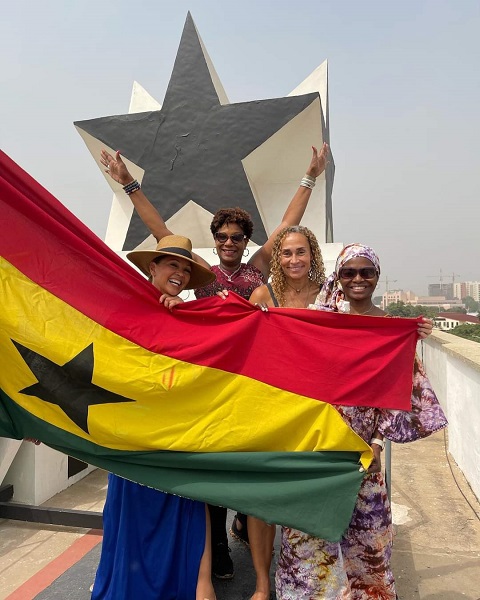 In front of the iconic Black Star Gate monument located at the Independence Square in Accra, American singer and actress, Vanessa Williams, is joined by three other women to pose for a photograph.

Dressed in a blue maxi dress with a slit, a wide brim straw hat shading her from the hot sun, she clinched her fist high up in the sky, a symbol of defiance often used in black or minority activism. The four ladies were later seen atop the monument, happily smiling whilst holding on to the Ghana flag, in another photo taken of them and posted on her official Instagram page.

“Freedom is what we all felt on our trip to Independence Square and throughout our entire experience in Ghana,” she captioned the two photos.

The Black Star Gate is an important component of Ghana’s history, because it symbolizes the country’s readiness to run its own affairs, as envisioned by Kwame Nkrumah, the country’s first President. Ms. Williams was one of several persons from the diaspora including A-list celebrities from the United States especially, who spent their holiday in Ghana as part of the Beyond the Return program. 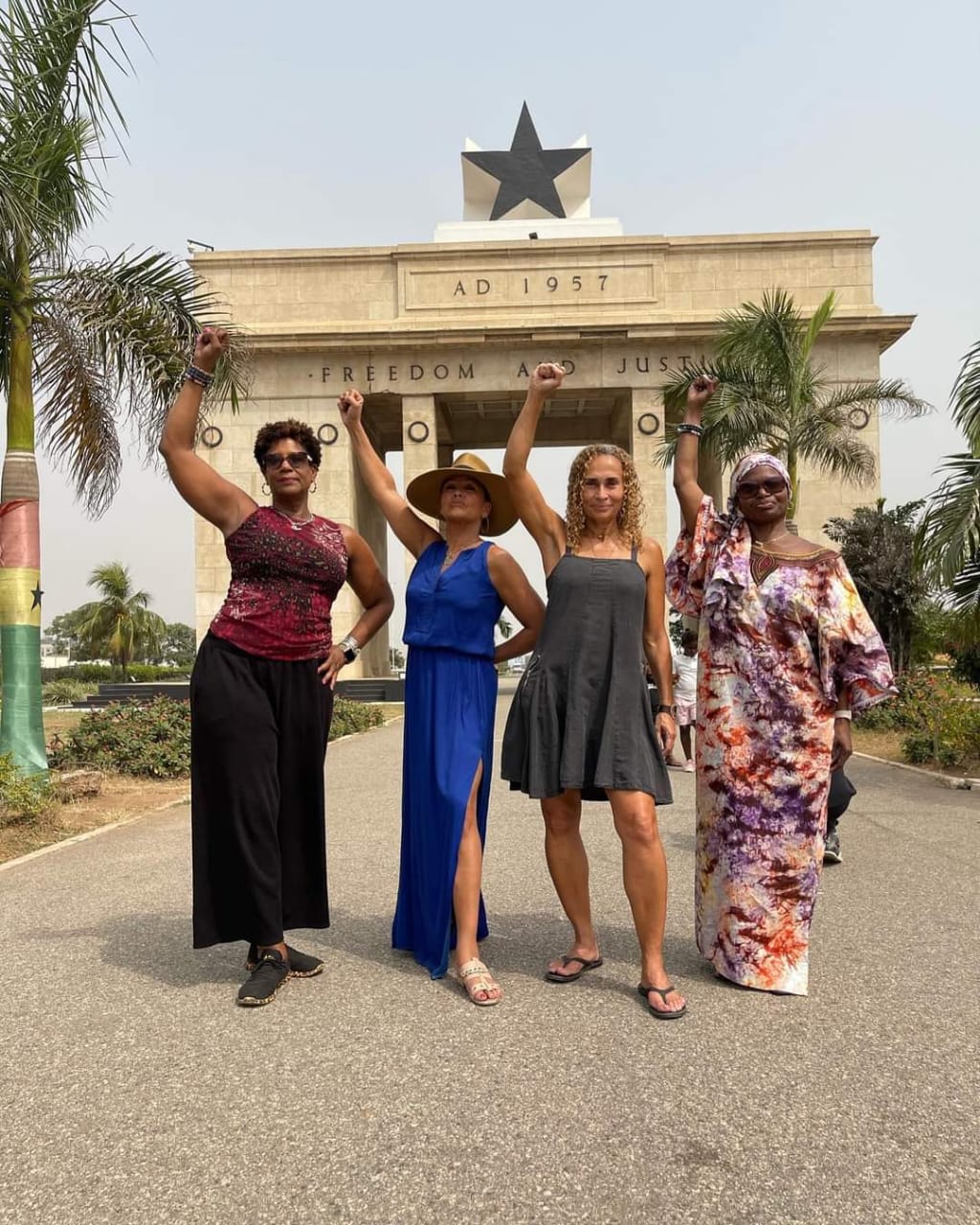 In 2019 when President Nana Akufo Addo extended an invitation to black people from Europe and North America to come back to their ancestral home, under the Year of Return initiative, there were skepticism from both home and abroad. Not many people were upbeat about its immediate success, because it was seen as an initiative that required at least five years to take off: no research, just gut feeling.

But in 2019 when the very first event took off, it caught fire and the rest of the country rallied around the initiative and got involved. Existing shows which had hitherto been running but had not attracted numbers beyond the regular attendees, benefitted from the initiative with record numbers of new patrons.

From music concerts to theatres, fashion shows and comedy, almost every facet of the showbiz industry in Ghana gained richly. Also not left out were the historical sites like the castles and canopy walkways, waterfalls and out of the city hotels and restaurants, who took advantage of the Year of Return and made windfall profits.

Following the successful outcome of the initiative, the government quickly followed up with the Beyond the Return concept. It was launched at the time when life appeared to be getting back to normal from the Covid pandemic, which had done enough damage to lives and properties. But life has to go on and that is what those behind the initiative did. Apart from Ms. Williams who came to the country, Dave Chappelle, the popular American standup comedian, and actor, also came to town.
Then rapper Meek Mill whose video at the seat of government caused controversy in the country, also visited, and had a great time. 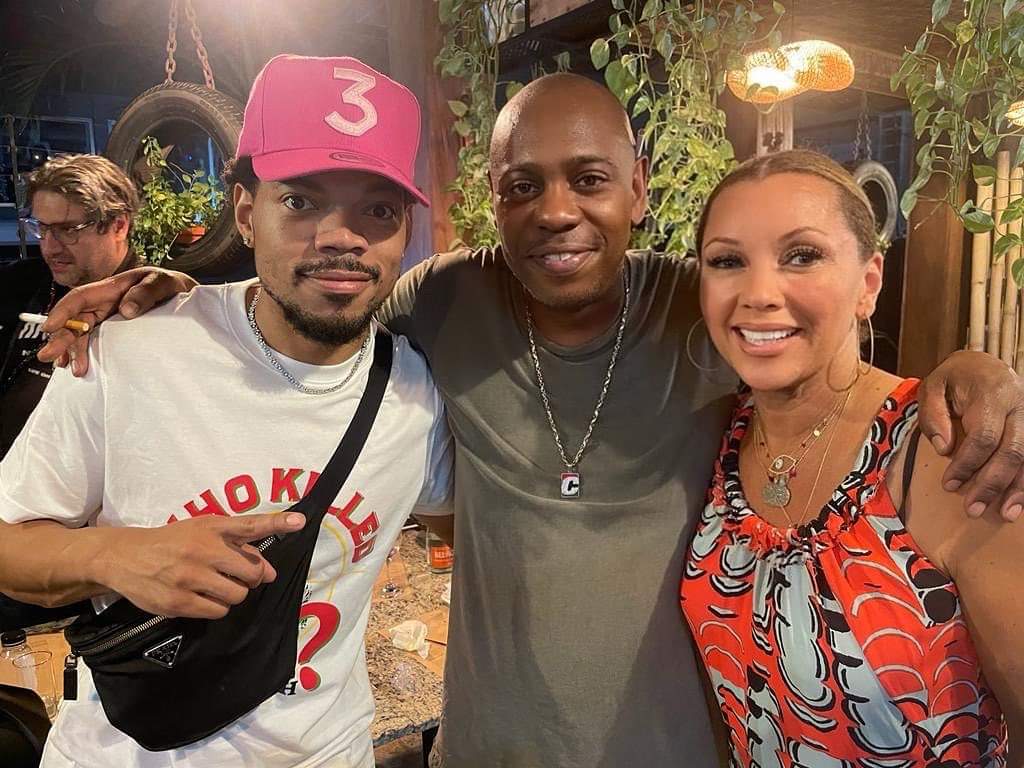 Also, in the country was Chance the Rapper and his friend Vic Mensa, co-founders of the Black Star Line festival, which was inaugurated in the first week of January to more than fifty thousand people, mainly from the diaspora. It has to be said that this is not the first time a sitting government had cultivated and carried out an initiative to bring people of African descent to the country.

Ghana’s first President Kwame Nkrumah was the first to invite people of African descent to come and contribute to the country’s development. But without misrepresenting the facts, under the late Jerry Rawlings’ NDC, a good number of African people from the diaspora were brought into the country as part of the reconnection process.

Through the Pan African Historical Festival (PANAFEST) initiative, hundreds of blacks from the diaspora visited the country and reconnected with their ancestral roots. Rita Marley and Stevie Wonder first came to Ghana at the time. Unfortunately, soon as the change of government happened and the New Patriotic Party (NPP) took over in the early 2000s, government’s commitment towards the festival waned, and was eventually pushed into stupor.

The government then started what it called the Joseph Project. The concept, spearheaded by then tourism minister Jake Obetsebi Lamptey of blessed memory, carried out the very same theme PANAFEST undertook. It also fizzled into thin air when the Prof. Mills led National Democratic Congress (NDC) was elected to office.

The country wasted time and money re-inventing concepts that ought to have been improved and continued. For a country that was and still is desperate to sell its image as a tourism hotspot on the African continent, it was unfortunate that the leaders we elected into office and paid them good money to run the affairs of state, rather resorted to pettiness, bickering and needless political spinoffs, and failed to see the wisdom in seeing to it that, for once, an initiative from a previous government should not be destroyed but preserved for the good of all.

It is in this same wisdom I hope that whichever political party gets to occupy the seat of government, continues with the Beyond the Return initiative, and build on it. The essence of governance is to improve the wellbeing of the people and it imperative that, it is preserved beyond a government in power.

Beyond the Return is one such initiative that should outlive governments.